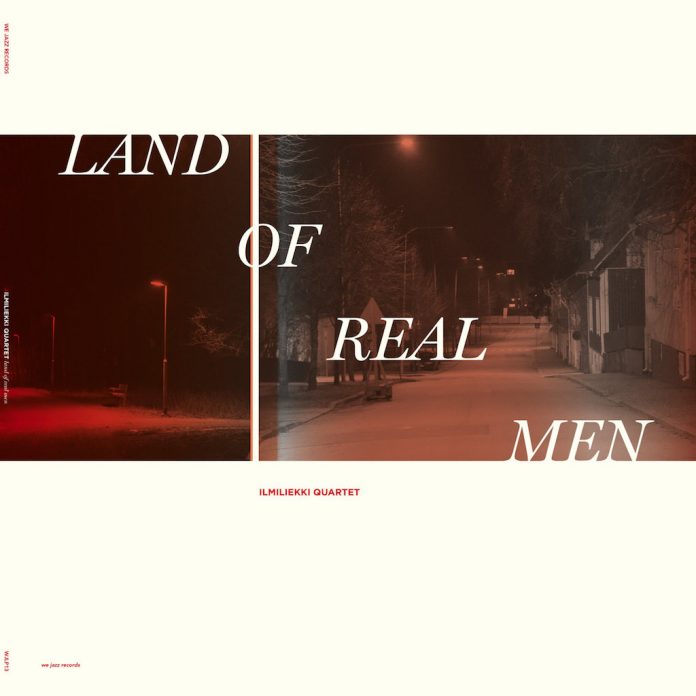 My earliest exposure to Verneri Pohjola came when I reviewed Imiliekki’s debut album March Of The Alpha Males for Jazz Review in 2004, and looking back it’s fair to say that I recognised his early potential. Formed in 2002, the group scooped first prize at that year’s Young Nordic Jazz Comets competition. Ilmiliekki play together relatively infrequently these days, save for a couple of collaborations with Swedish vocalist Emma Salokoski and this is their first release for 13 years.

In case you were wondering, Ilmiliekki translates as “ablaze”, and rather like the somewhat ironic album title the name masks the group’s thoughtful approach to composition and performance. Recorded “live” in the studio with no overdubs, the group shows a rapport little short of miraculous. As one of the most gifted and original voices of his generation Pohjola is perhaps inevitably the dominant voice, though everybody performs an essential role in shaping the music’s unpredictable flow.

The album opens with a radical reworking of Laurie Anderson’s O Superman, Prättälä’s metronomic pulse providing a stark backdrop for the trumpeter’s breathy vocalisation. Just as we appear to be entering a musical cul-de-sac, the piece gloriously opens out and coheres around Anderson’s melody. Singharat Soi 1 borrows from the inside-out language of Miles’ seminal E.S.P., while Louhivuori‘s ghostly Afterimage moves to the opposite end of the spectrum, barely suggesting its ghostly presence.

A welcome return by four great musicians who have never really been away, and the wealth of experience acquired by each musician since their last recording is put to devastating effect. In a world without Tomasz Stanko, Pohjola’s remarkably authentic and expressive music should be cherished, and this compelling set sits comfortably alongside his very best work.