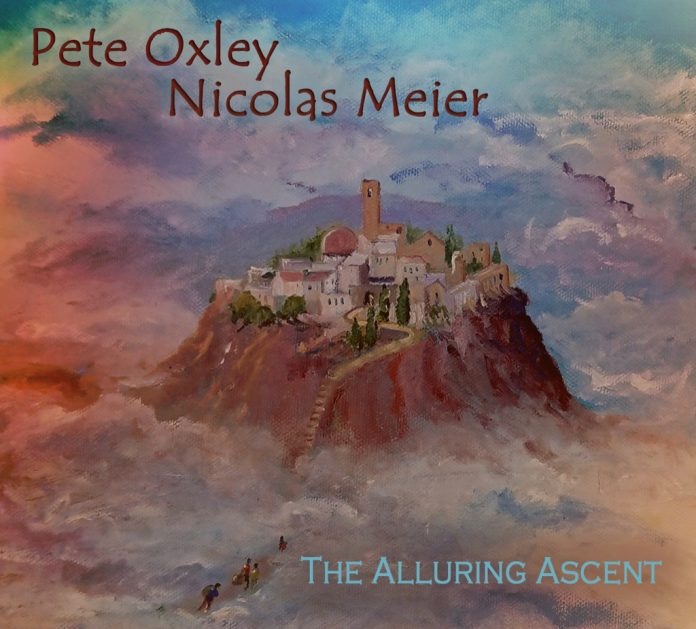 This is the fourth album in the Oxley Meier Guitar Project. A bubbly, energetic set of material kicks off with The Austin Bar and with its Irish, country feel, you might almost expect Garth Brooks to burst in with a vocal about drinking and fighting. Instead, we get something that sounds uncannily like a Sky composition from the early 1980s.

Indeed, there is a slightly derivative feel to a lot of the compositions. I found it impossible to avoid comparisons with John Williams and his fellow musicians who formed the light-rock band Sky at the back end of the 1970s. There are also shades of the Pat Metheny Group influencing the close harmonies between the instruments. Anyone who has listened to Metheny’s Speaking Of Now in particular might hear what I mean.

Still, imitation is a form of flattery, and there is no getting away from the positive performances and the eclectic range of styles that can be found on these 10 tracks penned by Oxley and Meier. From that Irish flurry in the opening track, we move seamlessly through Latin, Indian and English pastoral moods. All of them perfectly listenable, but perhaps a tad predictable over the course of 67 minutes.

If there is one criticism of the music, it is that there isn’t a huge amount of light and shade, or much sense of subtlety, to dilute the technical enthusiasm at times. There is a lot of virtuosity on display here – everyone is a polished performer and they certainly want the listener to know that.

Slightly beneath the radar, Cavaciuti and Fairbairn keep the pulse of the album alive and moving with excellent support on drums and percussion, but ultimately, it’s the fizzing, technical cleverness of Oxley and Meier that lodges in the ear.

For such an enthusiastically performed album, there is the odd sense that sometimes it places technical ability above emotional engagement. That might be down to the slightly muddy, muted dynamics of the recording (playing some of the digital tracks online they sound crisper than the CD) – but either way, the ascent in places feels more laboured than alluring.

Bruce Crowther - 21 July 2019
Judy Wexler has recorded too few albums, but those that she has made are uniformly excellent. They are also striking for the song selection as she rarely makes obvious...