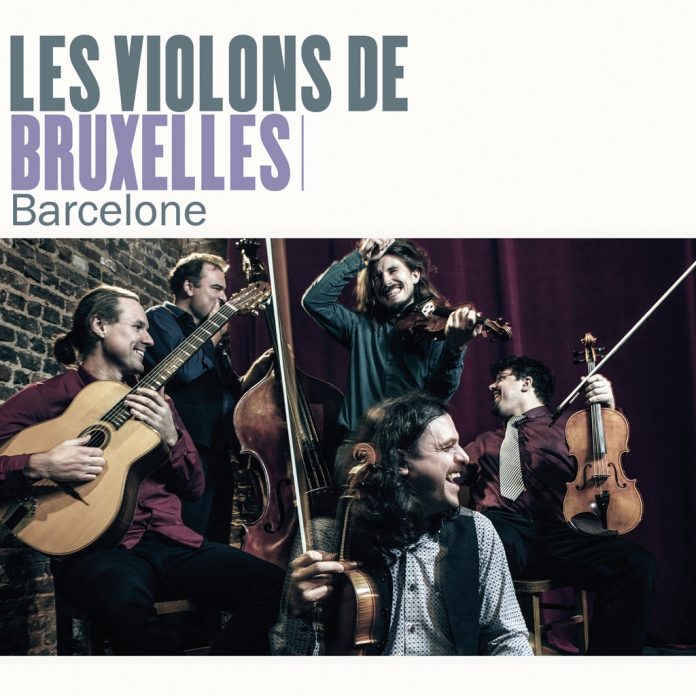 Stephane Grappelli’s position in the acoustic Quintette du Hot Club de France was interesting. As the stand-up flamboyant, a lone violinist in an all-strings jazz band might be expected to shoulder most of the responsibility. But the Quintette had two limelight hoggers – Grappelli and Django Reinhardt.

According to Charles Delaunay, guitarist Reinhardt claimed more importance because his rhythm contribution when Grappelli was taking the lead conferred greater advantage. Reinhardt often laboured the point with savage chugging, made more ferocious when later playing electric. Not that any violin could reciprocate much.

Grappelli post-Reinhardt and post-QHCF reasserted himself successfully, and Les Violons De Bruxelles, also a quintet, has followed his example. Violins can now rule in this ensemble; two of them, in fact, plus a viola.

Should one feel sorry for guitarist Renaud Dardenne? Not much. Like the other four musicians, he takes his turn in the arrangements, which are entertainingly varied, often featuring the violins and viola as a string trio, though not of the classical kind, which is customarily violin, viola and cello. Dardenne solos as often as is deemed appropriate.

The competitive element has gone, too, along with most of the QHCF’s trotting. This is because the influences are wider, and the divisions of labour more frequent. Dardenne doesn’t even solo on Grappelli-Reinhardt’s Sweet Chorus. Sometimes Sam Gerstmans’s bass leads off (Avalon and Barcelone). Alexandre Tripodi’s viola takes up the theme of How About You before he and his colleagues play around with it.

So, LVDB is not a QHCF simulacrum. Lead violin Tcha Limberger’s deliberate reversal of the instrumentation has seen to that by allowing entry to wider musical influences, as the titles suggest. And as if to prove the way ahead is not held back by the past, Reinhardt’s Impromptu is madcap – and great fun.

Dave Gelly - 31 August 2021
No doubt this is aimed at those of us who hang about at the end of a Woody Allen movie, getting in people's way as the credits roll. All...