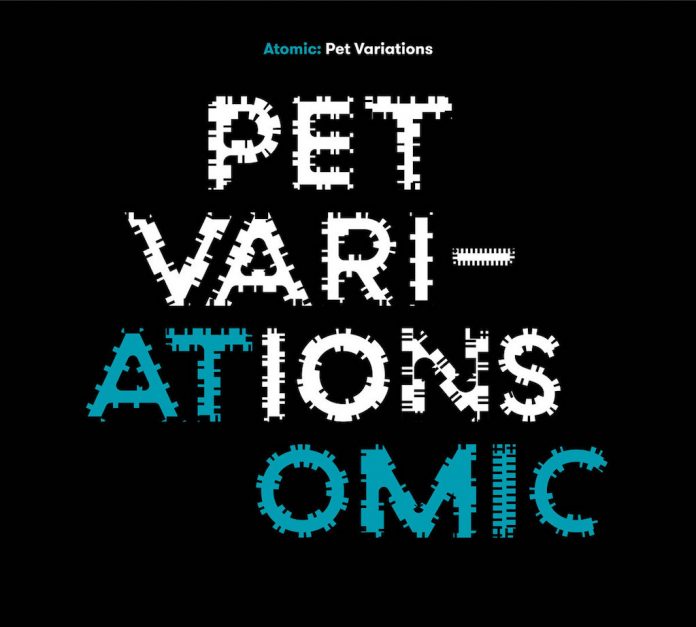 Unusually for the highly original Atomic, this is an album of “covers” (though the word doesn’t do these personalised pieces justice, including as they do, music originally conceived by Messiaen, Varese, Brian Wilson, etc.)

However, enjoyment requires no need for familiarity with the source material (lucky for me, being sufficiently unfashionable/obtuse to have still not listened to the Beach Boys’ syrupy classic all the way through) because this is also a disc of Atomic doing what Atomic does so well – vibrant, emotional, rollercoaster jazz unbound by convention – they’re simply applying their group gestalt to other people’s music for a change (with the sole exception of the first half of Pet Variations/Pet Sounds, by Wiik).

Highlights? The opener is both serious and joyous, brass and cymbals transporting us between successive interruptions of drama (including a skittering piano solo). Un Grand Sommeil Noir is both sombre and stirring, underpinned by Hulbækmo’s controlled reserve and Håker Flaten’s slow arco.

Cry Want adds Atomic’s rendition of the so-called Scandinavian Sound that the group normally eschews, though not so surprising given Jimmy Giuffre’s original was released by ECM. Finally, a restrained version of Karin’s Mode (pre-ECM Garbarek) showcases Ljungkvist and Broo’s ever-fluid interplay.

Gordon Jack - 05 January 2020
This material was recorded at the conclusion of a three-week tour which allowed the quintet to become thoroughly familiar not only with the repertoire, but also with each other. Pepper...