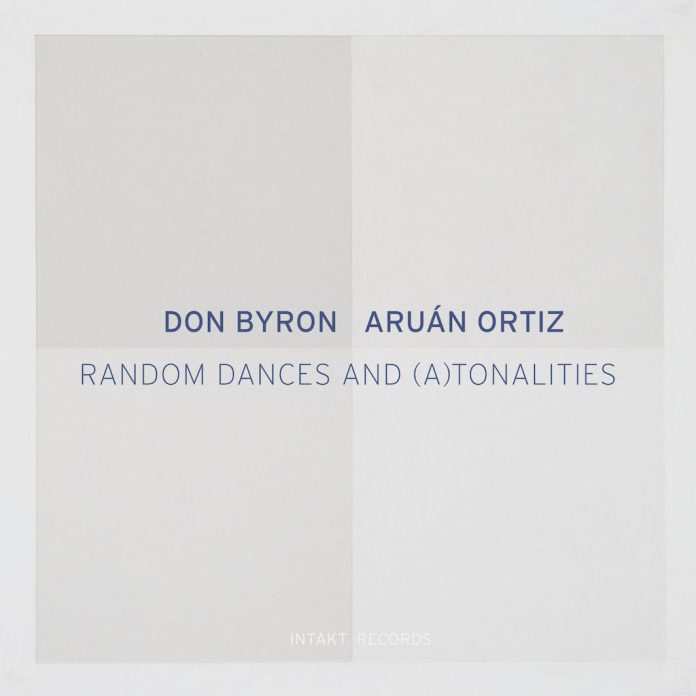 The album title hints at something a bit left-field and that’s how things work out. Don Byron has built a reputation in the more modernistic areas, though his background takes in all kinds of tradition. Since coming to the US, Cuban pianist Aruán Ortiz has appeared in several contexts alongside the likes of Wadada Leo Smith and Oliver Lake. He became aware of Byron when working with drummer Ralph Peterson, whose Fo’tet had long featured the clarinettist’s playing and compositions.

Wherever one places this music in terms of progress, its compositional side cannot be ignored. Presumably a fan, Ortiz arranged an extract from Música Callada by the Catalan composer Federico Mompou, while Byron features himself on a Bach violin partita.

Outstanding sums up the adaptation of Black And Tan Fantasy. We are told Ortiz came across the tune via the Thelonious Monk version; as for Byron, he might have actually played it when gigging with one of the surviving Duke Ellington orchestras. The point to underline is this duo version is totally faithful to the original, Byron handling the opening theme on tenor and Ortiz improvising around the secondary theme.

Apart from Byron’s hummable Delphian Nuptials, the remaining pieces take off outside the norm – it seems Impressions On A Golden Theme alludes to Along Came Betty while Byron’s Joe Btfspik has links with Donna Lee, but these connections do not hit one immediately.

Overall, the duo combine a tight blend with faultless musicianship. It’s perhaps worth noting the absence of anything remotely Latin from this combination of Cuban pianist and reedsman with a grounding in salsa and the like, but then both can be said to have since moved great distances forward.