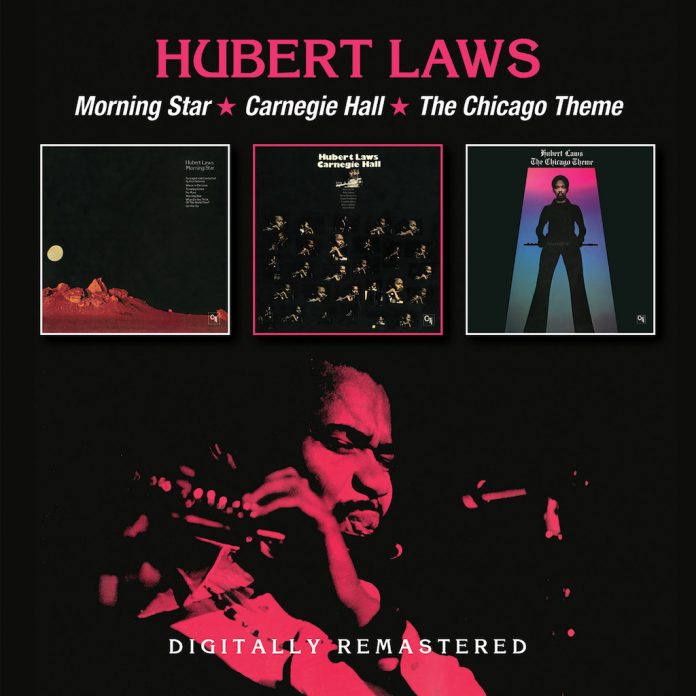 The crucial difference between Hubert Laws and Roland Kirk as flautists is that the former had classical training and the latter didn’t.

Kirk made every effort to turn the flute into an effective jazz instrument, culminating in the often felicitous use of voice and flute in unison. Laws stayed with the pure tone of his classical past and relied on his accompaniments to add flavour.

The fact that the three albums collected here were recorded under the aegis of Creed Taylor unfortunately means that the backgrounds are often vacuous, relying on foot-tapping rhythms rather than musical substance or interest. Laws is undoubtedly a consummate musician but a lot of this music wouldn’t surprise you if it turned up when a telephone operator annoyingly put you on hold.

However, that comment is less applicable to the two longer and more ambitious tracks recorded at a Carnegie Hall concert with fewer musicians than the studio albums employed. Both Laws and Ron Carter are effective in this situation but two drummers were one too many and it’s probably Cobham who finds it difficult to refrain from a sustained and rather shapeless barrage. Bob James is also in action here and elsewhere to keep the Creed Taylor ambience alive and my interest moribund.

But, to end on a positive note, I’ll say that much of this music would be fine for fairly mindless dancing.