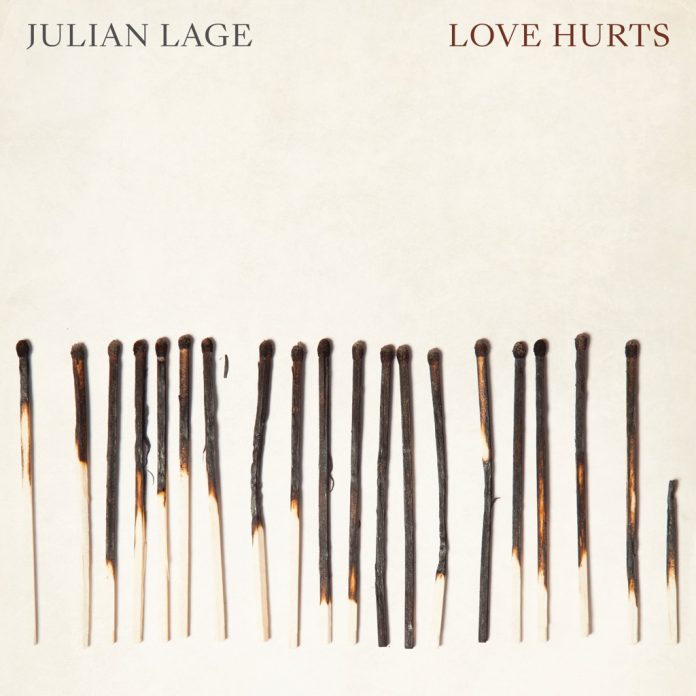 The prodigiously talented Julian Lage makes intriguing and affecting music, alone or with others. On Love Hurts he’s in a trio setting alongside bassist Jorge Roeder and Bad Plus drummer Dave King, putting his own stylistic stamp on tunes from a diverse range of writers including Ornette Coleman (an immediately accessible Tomorrow Is The Question), Roy Orbison (an over-the-top Crying), Keith Jarrett (The Windup, Encore (A)) and Boudleaux Bryant (Love Hurts). The same stamp is on a couple of his own compositions.

As is clear from the track list, Lage is equally at home with jazz and country/Americana numbers – and with the more unusual. The album opens with In Heaven: written by the late Peter Ivers for David Lynch’s movie Eraserhead, it’s as spooky as that brief description suggests. Stripped of Lynch’s lyrics, it’s still a mysterious piece of music, though Lage’s version tones down the spookiness a little while King and Roeder give the tune a laconic swing. Lage’s own Lullaby and In Circles are both gentle, meandering, tunes.

Of the jazz covers, a funky rhythm on Encore (A), a film-noir soundtrack arrangement of Jimmy Giuffre’s Trudgin’ (you can almost feel the rain, see the mysterious stranger waiting in the darkness) and a sparky take on the Coleman tune are especially enjoyable.

It’s Americana that takes the honours, though. Love Hurts is the album’s highlight: a beautiful, spare, rendition (although for genuine heartbreak try the Gram Parsons and Emmylou Harris vocal duet). All three players are subtle and restrained, playing with a lightness of touch that suits the downbeat mood of the song.

Gareth Thomas - 05 January 2020
Beyond its title, Music For An Imaginary Surf Film requires little explanation as to the mood it is trying to capture; portraying images of sea, sand and surfing has...