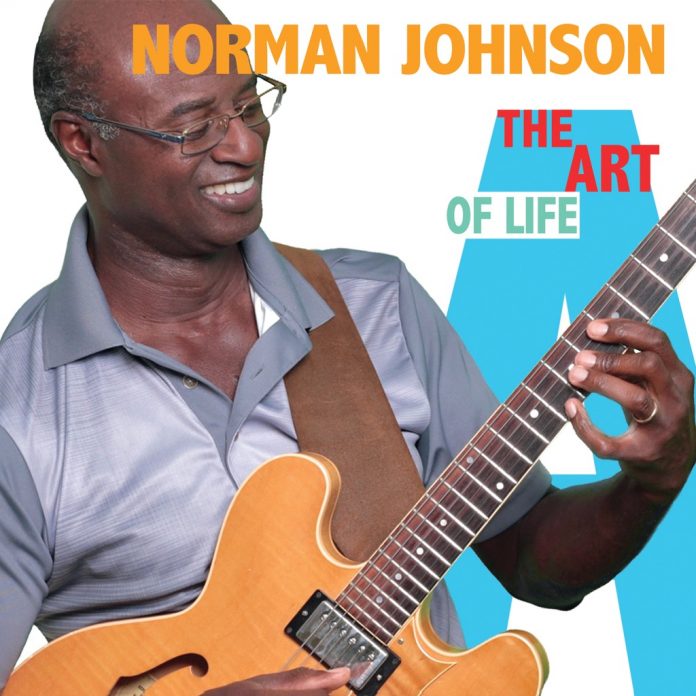 Releasing a CD with a total running time of just over 25 minutes is a high-risk strategy: the margin for error becomes very narrow. Of the six short tracks, none develops into a vehicle to showcase Jamaican-born Norman Johnson’s individuality as a guitarist on this, his third release as a leader.

The major difficulty in locating any real excitement in the set lies in the compositional weaknesses in his material, a fairly insipid blend of smooth jazz tinged with Latin pop, lacking in both intensity and drive, despite its PR claims of stretching the boundaries of smooth jazz.

I have to disagree too with the fundamental proposition that his is one of the most distinctive voices in contemporary jazz. While his playing style has absorbed the influences of George Benson and Earl Klugh, and on occasion, Lee Ritenour, I do not discern a Johnson sound, or the risk-taking ambition to stretch out beyond his comfort zone. This makes this music, whilst perfectly competent, all the more predictable.

Johnson plays all instruments and programming on four tunes, a talent in itself, but not enough to raise the pulse.

Artist, label, promoter, publisher? Reach your audience with a JJ RevLink
Opinions or corrections? Send a letter to the editor
Advertisement

John Adcock - 10 March 2019
The double whammy for Peterson on this recording from his MPS era is the combination of material and Ogerman’s sugary-sinister orchestral arrangements. From the start, Oscar sounds constrained by...