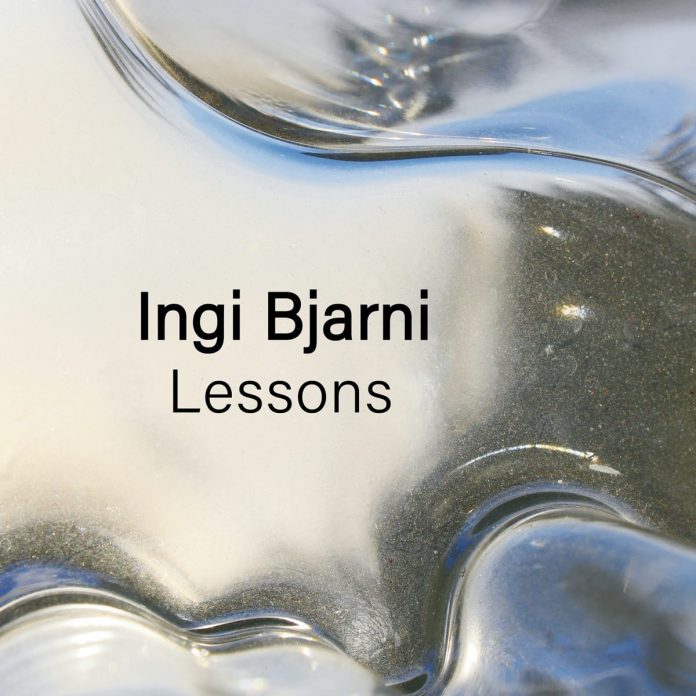 I very much enjoyed Icelander Bjarni’s 2018 Tenging [Connection] – a quintet date distinguished by subtle group interaction realised through a pleasing diversity of both dynamics and formal means. The album concluded with a gently haunting solo piano meditation from Bjarni, Ekki Bjodlag, Ekki Jazz (“Not A Folk Song, Not Jazz”). Ostensibly modest as the piece was, I felt it offered the clearest summation of the album’s overall character.

His fourth release, Lessons, is Bjarni’s first solo recording, beautifully recorded and with a fine piano in play. If the opening bars of Imperfect might seem of a piece with what I called the “floating overtones and indeterminate rhythmic figures” of Ekki Bjodlag, Ekki Jazz, the music soon moves into a more forceful rhythmic register, albeit with no loss of either the initial contemplative mood or overall thematic and melodic clarity and coherence. Hear also, in this regard, Impulsive, the most overtly jazz-inflected piece here.

While their influence is not apparent in any all-too-obvious manner, it’s possible to sense in Impulsive Bjarni’s early enthusiasm for Keith Jarrett and Herbie Hancock. To expand such a putative context, I would suggest that, if you are drawn to the poetry of Bill Evans, Chick Corea or Jan Johansson (and is there anyone who isn’t?) Bjarni should have something to say (or rather, sing) to you in music which, as his brief sleeve-note reveals, is in part through-composed and in part more open to improvisation.

As I’ve remarked before, this intriguingly gifted pianist has for some time now shown an impressive ability to shape his own world, his own poetics. He is blessed with strongly interactive and sensitive hands, a near-classical touch as pleasing as his ever-patient and assured sense of time, and an unerring ability to meld passages with an occasional “wandering” chromatic tension to them with an overall impressionist limpidity of melodic interval or phrase. “You could say that I make my own kind of folk music”, Bjarni has said, “with the freedom of expressiveness, and space for both lyrical and free improvisation.” Sample Havneringen, for me one of the best pieces here.

One might have welcomed an occasional touch more salt and pepper, but that is to quibble. Chiefly contemplative in nature, and distinguished throughout by an elegant quality of both form and emotional substance, Bjarni’s suite-like achievement held my attention from beginning to end.

Simon Adams - 29 April 2019
The Patchwork Jazz Orchestra is a London-based millennial big band with no leaders but many composers, its 17 members drawn from the cream of the young UK jazz scene....