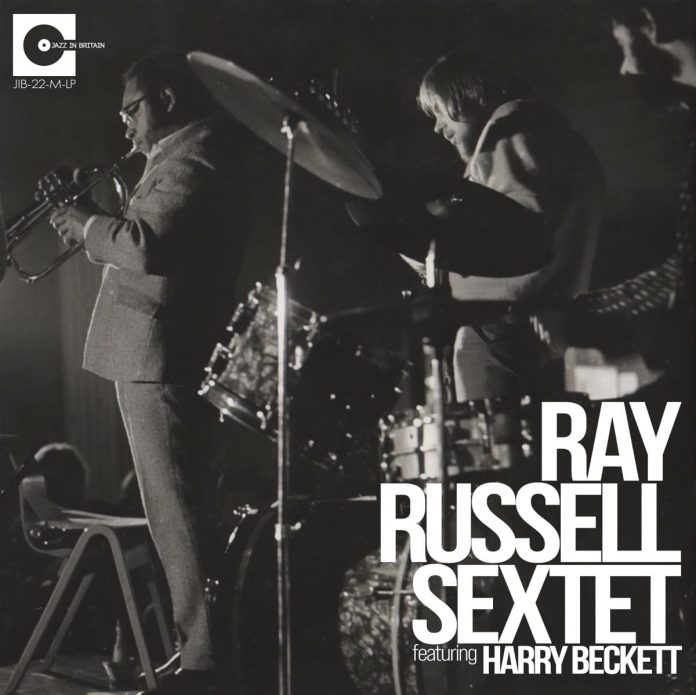 The music on this CD was originally created for the BBC’s late-night Jazz Workshop, a series of half-hour programmes. But what we have here is the music in its entirety before being trimmed down for broadcast purposes. In his sleeve note Richard Williams (who introduced the slot) tells us that only four of the Russell originals were used on the occasion but also refers to a further title named Just Don’t Know, which leads to a little confusion as this is not listed in the sleeve’s track listing.

Russell has been a stalwart of the British music scene for many decades, having been an in-demand session musician and the composer of soundtracks or themes for a number of major TV series. But here we encounter him over 50 years ago as the serious improviser he has always been. The group consists of the esteemed trumpeter Harry Beckett and the drummer Alan Rushton (both of whom had history with the guitarist) together with newcomers Evans, Roberts and Runswick, the latter three making fresh waves on the local scene at the time.

The collective are as one, on original music from the leader, all of which is fairly uncompromising, as free-blown passages sit alongside stretches of a more structured nature. Each piece carries a theme but this is only a relatively brief necessity within the constantly shifting atmosphere present on the five offerings. Tempos are taken up and discarded, the six musicians quick to rise to the challenge of demanding and experimental music-making.

The pick of the soloists are the leader and Beckett, the latter always seeming to be relaxed whatever business was taking place around him. Russell pays little heed to the historically leading players on his instrument, producing a sound favouring the discordant, rather than the mellow, not so much playing lines as delivering a series of jagged phrases which were a far cry from his efforts on countless pop and rock records.

This should be viewed as an important record of just one strand of the vibrant improvising scene of the time.

John Adcock - 10 June 2019
We have jazz aficionado Olivier Saez to thank for this excellent Whirlwind debut recording by Seamus Blake. It was Saez who apparently had the idea of pitching Blake’s American-influenced...