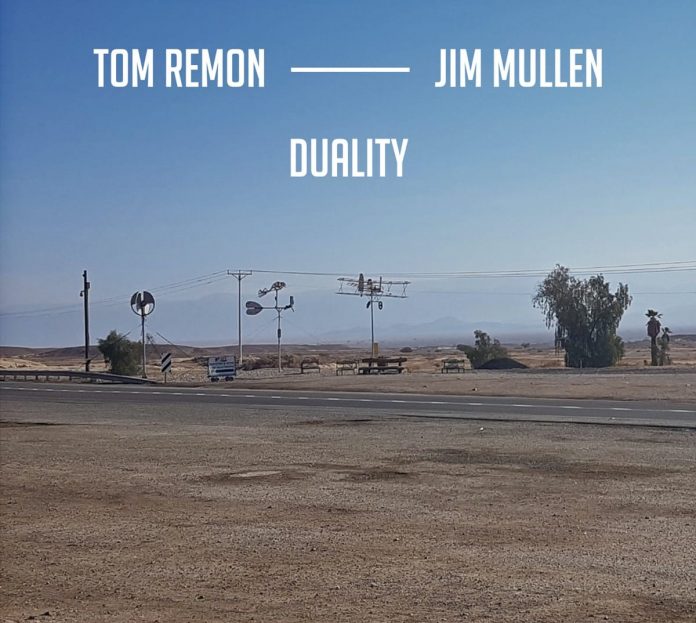 I’ve used the term “stress-buster music” more than once in the past, but I make no apology for using it again here because this album’s a prime example of it, featuring as it does two guitarists to whom the duo format comes as naturally as breathing. The lack of pretence is welcome too, and rather underscores the description.

East Of The Sun is arguably a warhorse, or at least a staple of a certain repertoire, but it’s so deftly handled here, and with just the right degree of reverence, that it’s reinvigorated. The album offers no indication of who solos when, but in a sense that’s irrelevant because the aural equivalent of a warm bath that is the overall performance goes to show that simple isn’t easy, a point which seems to be getting a little lost in the midst of a lot of present-day jazz efforts. In any event, many will recognise Mullen’s distinctive sound and phrasing.

Step Lightly lives up to the title in the sense that both guitarists step lightly around the obvious influences, so the likes of Wes Montgomery and Jim Hall seem alluded to only in passing even as the music mines a seam as fertile as those masters did. The resulting effect, without overstating the case, is of the sun coming out and the increasingly burdensome worries of this world being dispersed by the resulting warmth.

Ease of accomplishment can often be a somewhat sterile affair, but in this instance references to the recorded guitar duos of Herb Ellis and Joe Pass, Raneys Jimmy and Doug and even George Van Eps and Howard Alden can be referenced in the same breath as Remon and Mullen, and that’s no unrealistic thing.

Discography
East Of The Sun; With A Song In My Heart; Step Lightly; Sarah; Fall; Like Someone In Love; Jaffna; Whisper Not; GPJ; In Your Own Sweet Way; You And The Night And The Music (64.48)
Remon, Mullen (g). Ollywood Studios, London, 4 August 2020.
Lunaria Records LR0004

Michael Tucker - 08 January 2021
Born in Preston, Lancashire in 1939, Haslam has an impressive CV that includes ground-breaking tours to Cuba, Mexico and Argentina and work with, for example, Arturo Sandoval, Mal Waldron,...