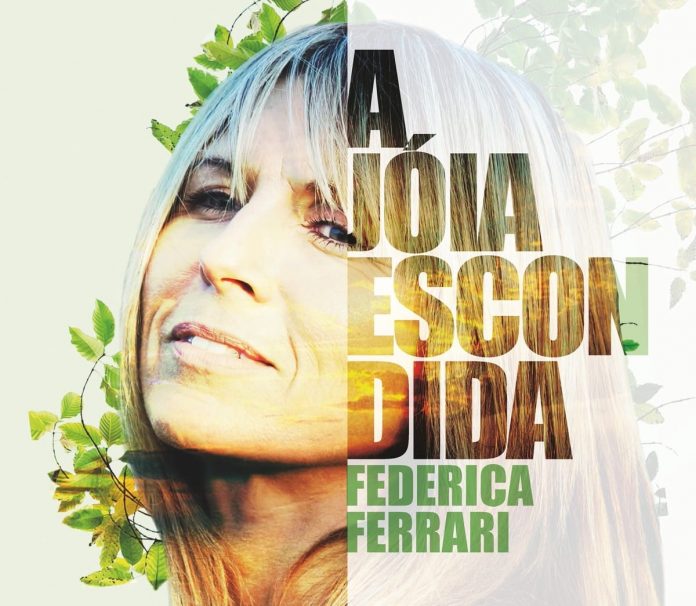 Although she’s been active for some time, this is Federica Ferrari’s first album. As is clear from the track listing, the songs originate in Brazil and are sung in Portuguese (Corcovado also partly in English).

Ferrari has a soft and gentle voice, singing often in a slow and reflective tempo but livening up on just a few tracks, such as Ninho De Vespa and Casa Forte. Some of the songs are familiar: Milton Nascimento’s Encontros E Despedidas, Antonio Carlos Jobim’s Corcovado, Baden Powell-Vinicius de Moraes’s Samba El Preludio, others perhaps less so except to aficionados of Braziliana.

The singer’s accompanists provide relaxed and thoughtful support throughout. Additionally, some have brief solo space that is well used, among them saxophonist Robert Freidl, pianist Fagner Wesley, guitarist Marco Antonio Da Costa and harmonica player Bertl Mayer. The album’s jazz credentials are perhaps most apparent on the mid- and uptempo pieces, a reflection, perhaps, of those long-ago days when bossa nova first became an integral part of jazz.

Altogether, a pleasing album that should appeal especially to those who enjoy Latin American music, while those with the appropriate language skills will benefit even more.