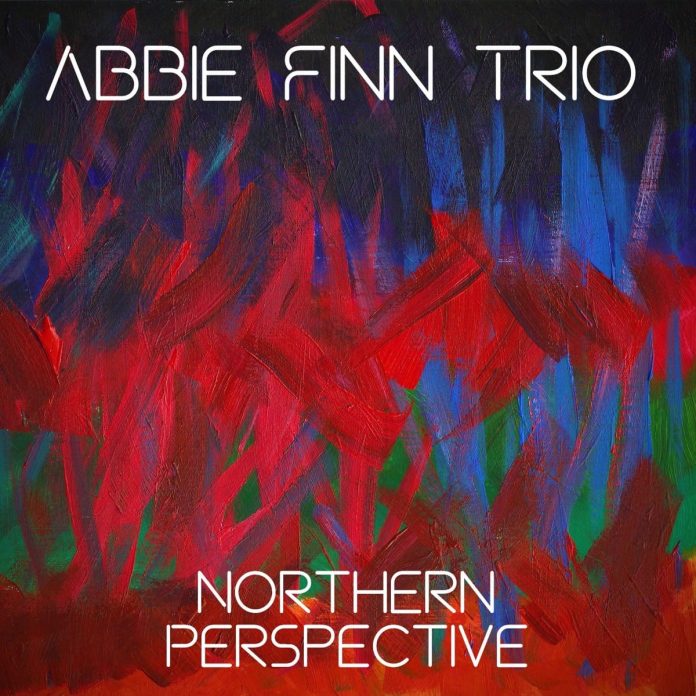 An outstanding drummer, Abbie Finn is now based in Brandon, County Durham having studied at Leeds College of Music, at Trinity Laban Conservatoire of Music and Dance in London, and with Sebastiaan de Krom, Asaf Sirkis and Gene Calderazzo.

Working with Women of the World Orchestra, NYJO Academy big band, Trinity Composer’s Big Band, and many other groups, large and small, Finn is a member of Kinesis, a duo with tenor saxophonist Harry Keeble, Finntet, a quintet, which includes Keeble and double bassist Paul Grainger, and is leader of the trio featured here.

Although she plays only drums on this album, Finn is a multi-instrumentalist, also playing trumpet, bass guitar and piano. Additionally, she composes and arranges music for groups of all sizes. The continuing association between Finn, Keeble and Grainger, which began at a jam session at Newcastle’s Jazz Café, has enabled them to build a close and rewarding relationship.

Here, this meeting of musical minds is applied to an eclectic repertoire that ranges from post-bop to contemporary by way of Latin music and standards, including works by Don Grolnick and Chick Corea, while five tracks are originals by members of the trio. Keeble’s ballad playing flows eloquently, notably on Cole Porter’s Night And Day and his and Finn’s North Meets South, and throughout this set Grainger is a rock, his solos meriting close attention. Finn’s playing is subtle and lithely swinging, her solos intelligently inventive. Indeed, all of these very good musicians are in fine form whether in ensemble, supporting one another, or soloing. This exceptionally attractive album will appeal to many.

Betsy Bell - 14 March 2021
The album title, Da Fé, which translates to “of faith,” references the phrase used to describe the burning of heretics during the Spanish Inquisition, “auto da fé”. Saxophonist and...