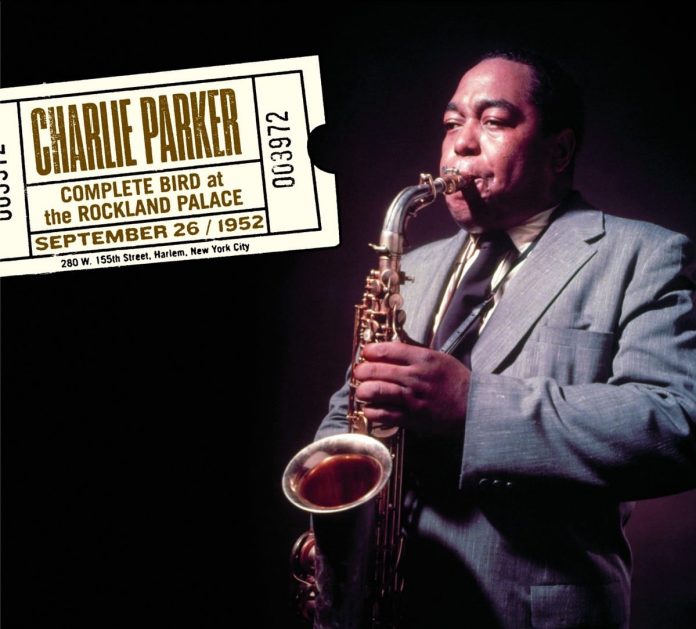 When Parker took part in a five-hour benefit concert at Rockland, he’d been working with string accompaniment for a couple of years. It really was a daft idea, and I find it hard to believe that Norman Granz thought it up to give Parker “respectability”. The strings purveyed dross, and whatever advantage was obtained by playing the alto off against them must have been minimal.

The spartan line-up of the quartet was far more effective and gave more exposure to Parker’s ideas. The strings are included here on several tracks, but due to the poor recording quality (Parker’s contribution to the benefit was recorded by Chan on a wire recorder she’d just acquired for her birthday) the string section might as well have not been there.

What we are left with is raw Bird, with the rhythm section sailing out of the gloom now and then. The result demonstrates that bare phrases from Parker can stand on their own probably more self-sufficiently than those of any other artist. Since they are intrinsically historic, this is perhaps not to be wondered at.

Much of the repertoire is as always familiar, although Parker wreaked new masterpieces on every sequence every time he played it. There is one notable addition, and not because it is a simple swing riff. Lester Leaps In is taken at a searing pace for almost five minutes and is, I think, the fastest constructive improvisation that I’ve ever heard. Apart from the smallest rest at one point, Parker’s ideas never cease, flooding in a torrent throughout the performance with no space for anyone else.

Bird’s Nest’s amalgamation draws in recordings from other sources at the concert and with these the quality is lower. As, presumably, a beginner as a recordist, some of Chan’s tracks are understandably incomplete. Despite the handicaps, Parker’s jazz improvisations as usual remain inviolate to criticism.

Roger Farbey - 22 May 2020
Inspired by the pan-cultural identity of Woolwich, in South East London, Byron Wallen’s Portrait is appropriately subtitled Reflections On Belonging. (Although the subtitle is missing from the album’s cover,...