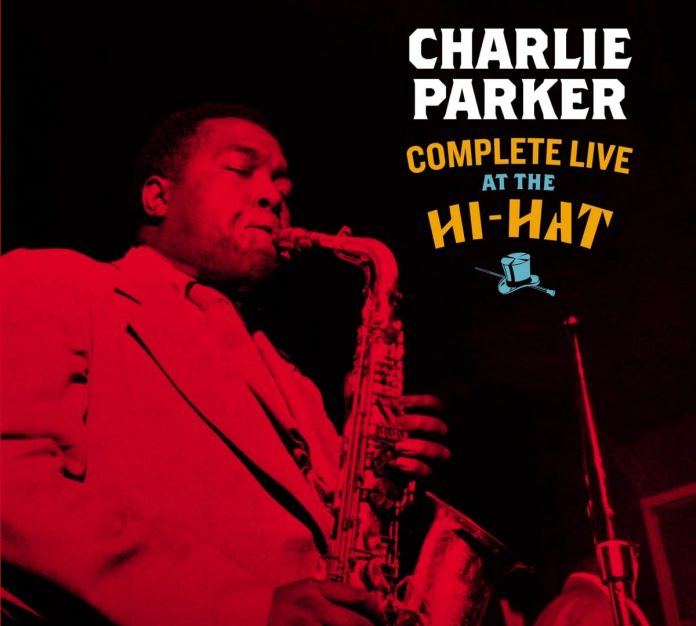 In his later years, Parker gigged with local pick-up groups and lesser-known musicians, and was sometimes accused of coasting. On these recordings from the Hi Hat, Boston, many of the accompanying musicians, although not well-known, gave good support and for these youngsters it must have been a great experience, if something of a challenge. Parker’s playing is fresh and lively, taking, understandably, the lion’s share of the solos.

A discographical note : many of the tracks here have appeared before, on Fresh Sounds (FSCD 1006 & 1007), and some on Blue Note, Philology, Frémeaux, Stash and going further back, Phoenix LP10 & 12. However, this seems to be the most comprehensive collection so far and includes the recordings with Gordon, Twardzik, Mingus and Haynes that were issued on Uptown 27.42. The quality has been enhanced, and although the sound sometimes isn’t great, especially the piano, they are a great improvement.

Of those in attendance, trumpeter Joe Gordon stands out, a good foil for the leader and he puts together some useful solos. In Bouncin’ With Bartok Jack Chambers described him as “probably the most gifted improviser in the city”. Parker had played with Gordon at the Symphony Ballroom in 1951 and he’d made such an impression that he became Parker’s first-call trumpeter for Boston gigs. It’s also one of the handful of recordings by the mercurial pianist Dick Twardzik who puts in a good shift, although Mingus was apparently critical of his in-fills behind the bass. An indication of Parker’s regard for the young pianist was seen in his unannounced appearance at the local Jazz Workshop to sit in with Twardzik during that January.

For the later date, when Gordon wasn’t available, the young Herb Pomeroy got the gig, and in the band introductions, Parker refers to him as a “very accomplished trumpet player”. In a later interview Pomeroy admitted his trepidation beforehand, but as can be heard, played well. He recalled “He called me Herbert, ‘you’re wailing, Herbert!’ he’d say.”

On the 23 January 1954 date, tenorist Jay Migliori adds his attractive, airy, Lester Young-inspired tone, albeit briefly. He was to play with the Herman band and later became a leading light in Supersax. Another youngster here is trumpeter Herbie Williams, whose first utterances are tentative, no doubt another in awe of Parker. He lacks the force of Gordon, but perseveres and during these sessions appears to settle in and grow in confidence. If you have any doubts about Parker’s commitment, listen to the way Parker launches into Ornithology on CD3, the late January date, and the effect it has on the solos that follow.

Although these recordings don’t have what were considered as first division players with Parker, they include young, up-and-coming musicians that were around in Boston at the time, and it’s an enjoyable collection, well worth getting. It’s also good to hear his exchanges with the ubiquitous Symphony Sid Torin, who recorded his radio programmes from the club. Parker clearly likes his company, continuing his formal way of addressing people by calling him “Symphonic Sidney.” On the final date the presenter refers to Parker’s tour the following week with Stan Kenton’s Orchestra and this set is completed by three tracks from one of their concerts (issued over the years on Jazz Supreme, Philology and Kenton’s own label, Artistry).