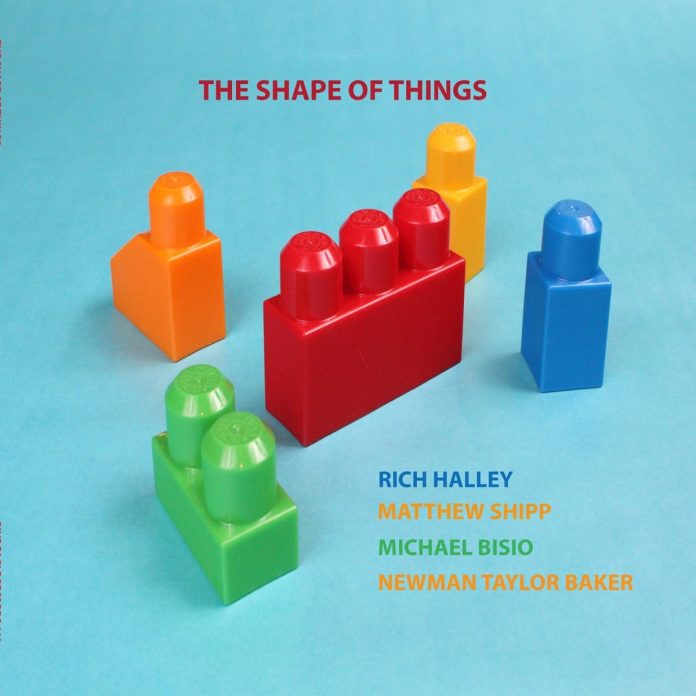 With this one it’s clear from Tetrahedron onwards that there’s some serious musical business going on, and while it’s usually far from easy to convey that immediately, this quartet does so with authority born of experience. Indeed the variety of moods that this set takes in is apparent in that track alone. with all four musicians fully engaged and committed to what might for convenience be called a post-Coltrane continuum, albeit leavened by a degree of reflection.

Vector has about a Monk-ish air about it, shot through with vaguely surreal hues not the least of which come courtesy of Shipp’s comping during Halley’s solo. Studied routine is consequently studiously avoided, and the listener receives ample rewards for engaging with the music’s demands.

Oblique Angles is arguably the most apt title here, not least because of the music’s shifting pulse, with Halley’s fecund imagination ensuring that he never resorts to the aimless squeal. Shipp also affords us a glimpse of his expansive knowledge of the piano tradition in his work, and thankfully without applying the dead hand of reverence.

If Spaces Between was three times as long as it is I’d have welcomed it three times as much as I do, not least because in taking the energy level down a few notches a vein of astringent, sugar-free lyricism emerges, one that sounds pre-purged of false sentiment. Bisio adopts what might be called a suspended line, while at the same time giving the music impetus, which is no mean feat in itself.

Lower Strata is on the reflective side too, and in so being displays another facet of the quartet’s deep understanding. Indeed it seems that music this engaged with the moment is becoming an increasingly scarce commodity, so as far as I’m concerned that’s all the more reason to celebrate it.