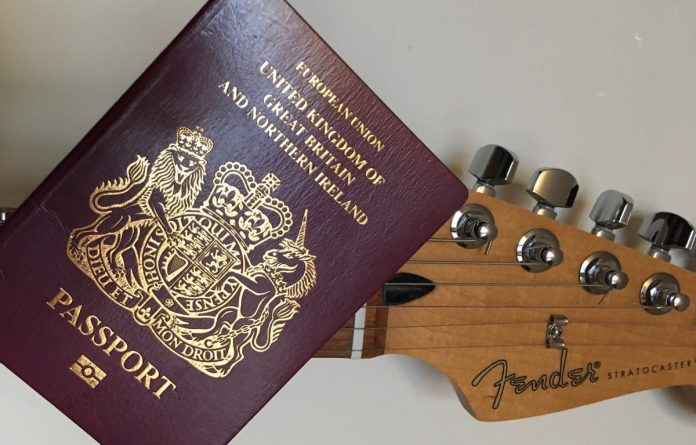 Since 1 January and the end of freedom of movement for UK citizens in the EU, UK musicians have been obliged to apply for a work permit and visa in order to perform in many EU countries, and many have claimed this new bureaucracy makes playing in the EU – especially at short notice – a non-viable proposition. In some cases a customs document (an ATA Carnet) is also now required in order to take instruments and equipment into the EU and new cabotage rules mean it is harder for UK touring groups to organise tours into the EU with large vehicles.

Horace Trubridge, general secretary of the Musicians’ Union (MU), said yesterday “We urgently need both the EU and the UK to agree provisions for musicians and crew that will avoid costly and complicated bureaucracy. As things stand, work visas, work permits, restrictions on haulage and uncertainty regarding carnets all present barriers for our world leading musicians. We were promised frictionless mobility for musicians and their crew and now we need the EU and the UK to deliver just that.”

Deborah Annetts, chief executive of the Incorporated Society of Musicians (ISM), which is campaigning jointly with the MU for easier EU access for UK musicians, said “We urge the UK government to take the necessary steps to ensure border arrangements after Brexit do not negatively impact the creative industries, harming both musicians’ livelihoods and the music industry itself.”

According to UK Music, the music industry made £5.8 billion for the UK economy in 2019. The ISM says that before the Covid-19 epidemic, 44% of UK musicians were earning up to half of their income in the EU. In a survey by the music-booking platform Encore Musicians, 76% of respondents said it was likely Brexit travel restrictions will stop them performing in Europe; the same source noted that 89% of musicians disagreed with UK culture secretary Oliver Dowden’s statement that “it was the EU letting down music on both sides of the Channel – not us”. An article in the Guardian of 14 January comprehensively sets out the positions of both sides.

The petition “Seek Europe-wide Visa-free work permit for Touring professionals and Artists”, containing over 284,000 signatures, was discussed in parliament yesterday. Introducing the debate (view at parliamentlive.tv and on YouTube), chair Catherine McKinnell underlined the new importance of live performance as income from recording falls; she also emphasised the creative benefit: “Live performances are where careers and money are made but also where the creative and cultural exchange that makes our music and arts scene magic takes place.”

Caroline Dinenage, Minister for Digital and Culture, responded for the government to the committee, outlining exemptions the UK had sought from the EU for the creative industries: “The UK pushed for ambitious arrangements for performers and artists to be able to work across Europe after the end of freedom of movement – of course we did, because they are so vital to our economy. Our proposals were very straightforward. They involved capturing the work done by musicians, by artists, by entertainers and their accompanying staff through the list of permitted activities for short-term business visitors […] This would have meant performers and artists could travel and work in the UK and EU more easily and would mean there were no requirements for work permits either.”

The minister said the UK initiative was developed in consultation with music industry experts but that “quite simply, the EU rejected this proposal.” It seems progress foundered on the UK government’s rejection, as it followed what it saw as the popular will, of freedom of movement and also on its attempt to cherry-pick in a specific sector.

The minister continued: “There was no specific counter-offer from the EU concerning touring for musicians or for the creative sectors. What there was, in other areas of negotiation, was that the EU tabled text regarding paid activities that can be conducted without a visa. And this suggested that that might include ad-hoc performances, so these proposals would not have addressed the sector’s concerns. […] Critically, these proposals were non-binding; they did not include any of the technical or touring staff who we know are absolutely vital. They did not address the massive issue of work permits which are different in every member state of the EU. […] On top of all this, while not offering any special carve-out for performers, the EU’s proposals were also part of this package of visa-free travel for not only current members of the EU but any future EU member and that was across a whole wide range of other sectors. It’s just simply not consistent with the manifesto commitment to take back control of our borders and it wasn’t consistent with the idea of Brexit that the majority of people in this country voted for.”

A petition calling on the UK government for a two-year musicians’ passport is at change.org. The Twitter hashtag is #MusiciansPassport.

Derek Ansell - 24 April 2019
The front cover of this LP says featuring Jim Hall but he is really a co-leader and equal partner. The two link up and prove to be a partnership...