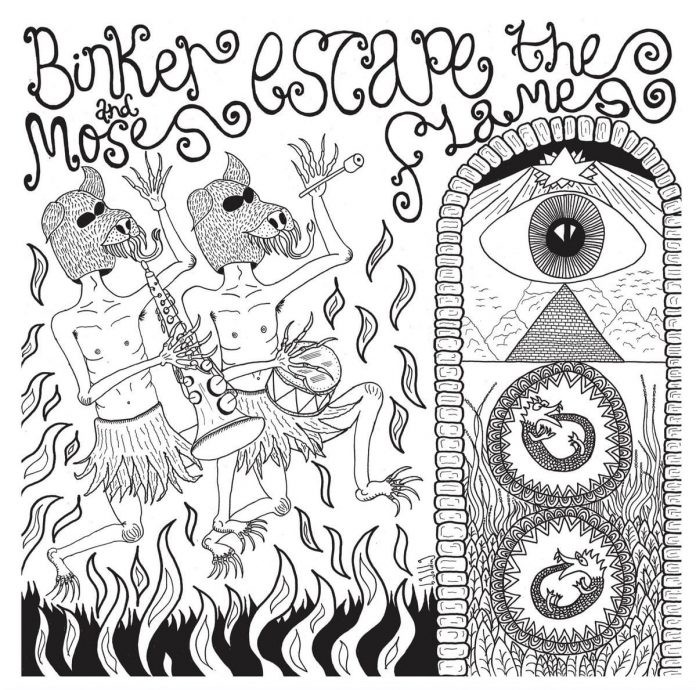 Recorded in front of an enthusiastic, appreciative audience at Total Refreshment Centre, London, this is the second release in the Fountain Of Forever series. This is a limited edition with coloured 180-gram vinyl in an attractive package of 500 copies. There will be a straightforward black vinyl addition to follow, I understand.

Binker and Moses appear to have forged an ongoing, working partnership in which free-flowing, spontaneous improvisation can be practised at length, in this case over the course of two LPs.

The set begins with The Departure, a 17-minute blues-based exercise where Binker cranks up the intensity slowly but progressively for eight minutes before resting the tenor sax as Moses plays an extended drum solo. This too builds slowly, starting with just a rumble from the bass drum and developing on snare and bass until reaching an explosion of rhythm. After a lively and lengthy drum feature, the tenor sax returns to wind down slowly.

Intoxication is similar in construction and build up but introduces more new melodies along the way. Fête By The River, which follows, is an attractive calypso which sounds like a first cousin to Sonny Rollins’s St. Thomas. Golding’s tenor is most inventive and progressive here, building up to a satisfying point before the microphone is released to his partner, who plays a calypso rhythm solo at length before the saxophone soloist returns.

Tenor sax and drum duets are rare and those known are usually relatively short. Rollins and Philly Joe Jones produced a very full sound for just two players on Sonny’s Newk’s Time album for Blue Note. Here we have two full albums’ worth of duo playing. But such is the bond between the two musicians and their constant stream of invention and pacing that this music holds the listener’s attention throughout.

LP two features three further extended tracks with Golding moving more into free playing on the first two. The final selection, Leaving The Now Behind, is a bright melody, the only ballad of the collection. Here the tenor man is reflective and lyrical, quite a contrast to the rest of the programme.

These themes were originally issued on Gearbox 1537, where the titles were played in short, studio-recorded versions on LP1 and material on LP2 was played by the duo with guests, Evan Parker and Byron Wallen. These live pieces are much longer and incorporate extended, well-constructed improvisations all through. It is a marathon of improvised music for just two players, but they take it all in their stride.

John White - 22 January 2019
Johnny Griffin and Eddie Davis were a dynamic and prolific duo. Both had distinctive sounds and techniques: Griffin (“The Little Giant”) and the fastest tenor on the block; “Lockjaw”,...