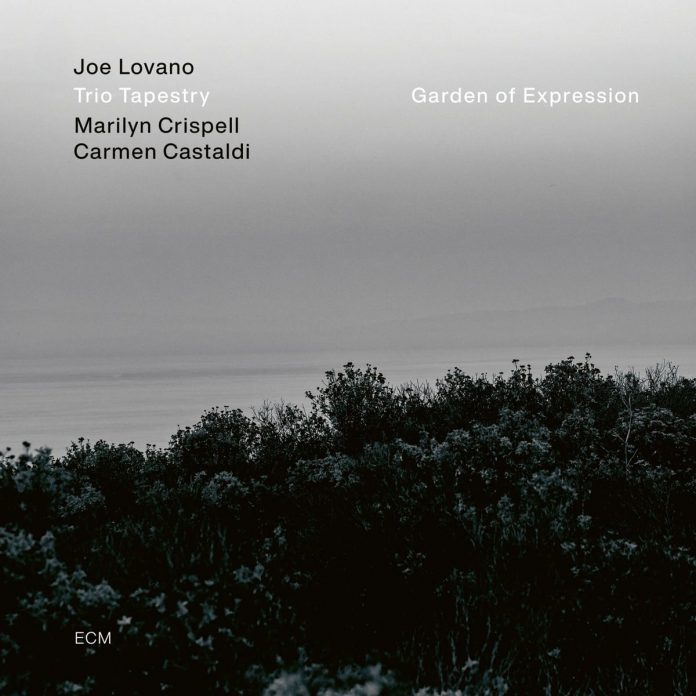 Saxophonist Joe Lovano explains the music on this fine album thus: “Each of the pieces is a song of expression where rhythm doesn’t dictate the flow. This is not a band that starts from the beat. The momentum is in the melody and the harmonic sequence. And rhythm evolves within each piece in a very free flowing manner.”

It’s a succinct statement, but one that barely captures the magic of the eight songs on this album, all composed by Lovano himself. Each expresses an emotion or feeling, sometimes a coherent thought, elsewhere a passing glimpse of something barely perceptible. Some are spiritual in content – Chapel Song and Sacred Chant, most obviously – but this is a non-denominational spirituality, more of a personal meditation or humanist reflection.

And there are secular influences at work too. When on tour with Diana Krall in the summer of 2019, Lovano played East Of The Sun with the singer night after night. West Of The Moon is his response, a song that doesn’t sound anything like the original but was inspired by it. But whatever their origins and influences, these eight songs are of a piece, different facets of a single construct. Each one a quiet and intense experience, hushed, lyrical and perfectly poised.

Instrumentally, Lovano’s tenor sax is pensive and subdued, allowing lots of space between each phrase. To that main instrument he also adds snatches of airy soprano sax and a pastoral, folkish tarogato, with the odd strike of a gong for effect.

But to me the greatest surprise of this set is the playing of Marilyn Crispell. I haven’t heard the first, 2019, Trio Tapestry release – Lovano’s first as leader for ECM – so didn’t know what to expect. I have come to associate Crispell with a modernist angularity, a player of some force and determination. Yet here she is an almost filagree accompanist, delivering counter melodies and improvisational embellishments behind Lovano before playing solos of poignant sound colours and interesting contours. Even when she breaks free, as on the title track, she is still marvellously restrained. When you then add in the further texture of Carmen Castaldi’s space-conscious approach to drumming, you are listening to a trio of exceptional sensitivity.

What else is there to say? This is as near a perfect album as you can listen to today. I cannot recommend it highly enough.

Elliot Marlow-Stevens - 28 March 2019
Re-releasing Giant Steps in 2018 might appear as a thinly veiled marketing ploy in the wake of the success of Both Directions at Once: The Lost Album, which received...