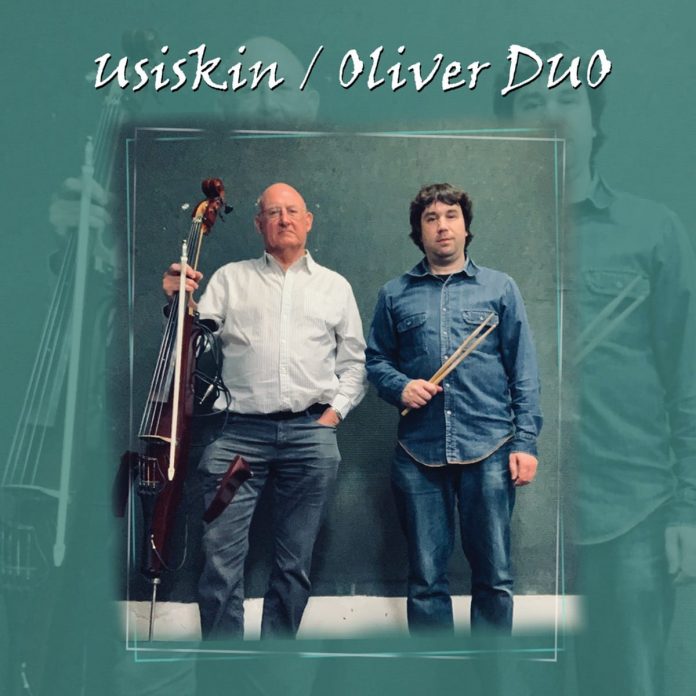 Ollie Usiskin and Max Oliver release the Usiskin/Oliver Duo, combining improvised cello and drums to form an imaginative and varied debut album. The pair are skilled musicians, and together they weave complex and original ideas, creating tracks that are both provoking and engaging, with several tracks being less than two minutes long, and others over 10.

The duo use an array of techniques in their improvisation. Oliver cuts between plucked and bowed electric cello, at times dissonant but always musical, carving out phrases and motifs from the ideas he explores. On the second track, The Reaction Of Two, after accelerating into fast and complicated soloing, he finds a short, droning riff to bring the piece to a close while on drums, Usiskin keeps the momentum before a sudden conclusion.

Usiskin’s playing combines a variety of styles, from the more rock- and jazz-based beats found in Storm Burst, to the entirely free form, such as Stretch and Leading Up To. The use of electric cello provides a brittle and fuzzy tone, which contrasts well with the dry acoustic drums. The best example of this is the final track, Irritation, in which the buzzing cello played in the upper register sits above the sporadic drums.

Dynamically, the duo utilise the sparse instrumentation to great effect, and the variations they achieve in such a minimalist format are impressive. Renowned bassist Jimmy Haslip is credited as the album’s executive producer, and overall, the duo’s debut album is a great success, producing an interesting and original take on free improvisation.

Pat Metheny: Road To The Sun

Derek Ansell - 22 March 2020
You may remember reading in Downbeat in the 1960s of the half in-jest, part-serious campaign to get trumpeter Dizzy Gillespie into the White House. Much of it was intended...

Dave Jones - 05 March 2021
This is an academic book by Keith Waters, investigating the compositions of Shorter, Hancock, and Corea in the 1960s. There are separate chapters on each composer, in this respect,...