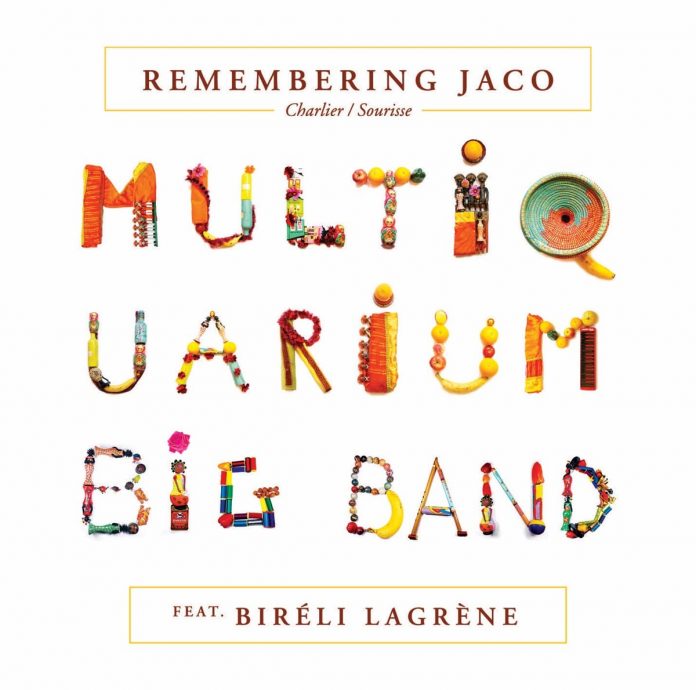 Multiquarium Big Band leaders Andre Charlier and Benoit Sourisse contacted guitarist Bireli Lagrene in 2019 to ask if he would like to take part in this tribute to the late ill-fated bass guitarist Jaco Pastorius, inspired by the latter’s own big band album Word Of Mouth. Lagrene had played with JP and seemed like an obvious choice to fulfill the fretless bass role, as he had acquired such an instrument back in the 1970s.

Performing on a project like this one is a far cry from Lagrene’s “gypsy jazz” beginnings and he acquits himself admirably, showing a fleet-fingered aptitude, although the implication is that he laid down his parts separate from the main body of the band, accompanied by the rhythm section only.

The bass guitar is inevitably high up in the mix but this is very much a band album, the ensemble both punchy and well drilled as it tackles compositions either written or performed by Pastorius. Fresh life is given to these established tunes, not through liberty taking but because the musicians were at one with the tribute on hand.

Fans of the ultimate fusion band will be familiar with such items as Barbary Coast from the Black Market album, Teen Town, with its heavy emphasis on the bass (Heavy Weather) and the always attractive Three Views Of A Secret, a Night Passage track. The Introduction, two Interludes and Conclusion present Peter Erskine describing what Pastorius was like to play with and how complex a character he was.

Finally, what a joy to be taken out by the earthier qualities of another JP favourite, Fanny Mae, with vocals by Yannick Boudruche. (The double vinyl edition adds four more tracks: three improvised pieces and The Chicken.)

Michael Tucker - 21 March 2021
This debut album from an unusually accomplished young Swedish bassist and composer, who studied under Anders Jormin at the Academy of Art and Music in Gothenburg, is a most...