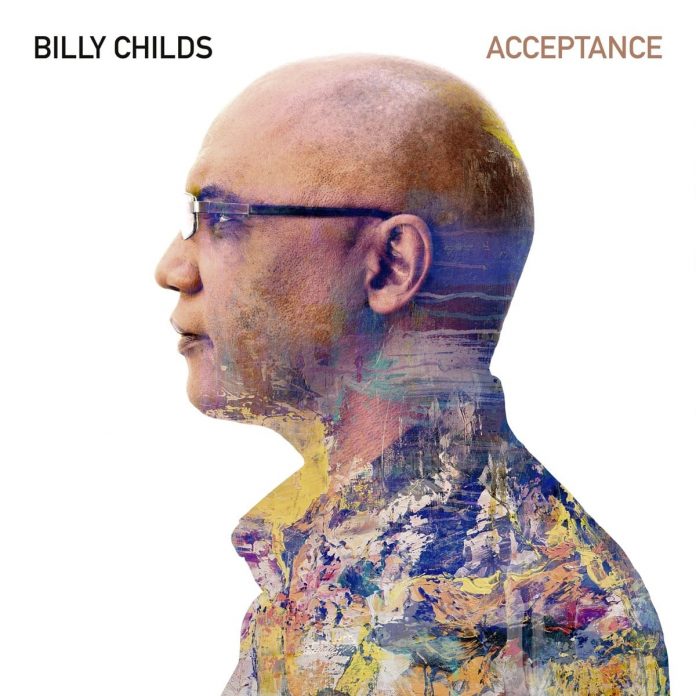 There’s a stunning solo piano piece that opens Gwilymn Simcock’s Near And Now album which he dedicated to pianist Billy Childs. Grandiose, expressive, dynamic, Beautiful Is Our Moment is a sweep through highly infectious melody, beautifully picked chords and varying stylistic phrasing. Anyone au fait with Childs’ work will appreciate how fitting a tribute Simcock’s was, a  piece invariably characteristic of Childs’ music and the artist’s unique approach to his instrument.

Raised in LA, Childs was still a teen at college studying composition when he made his professional playing debut with the J.J. Johnson Quintet in 1975. This led to a six year stint between 1978 and 1984 with trumpeter Freddie Hubbard, and in 1985 a solo career as pianist and composer was forged with Midland becoming his first long player as a leader. Since then he’s released around 10 more solo records, played with some of the greatest names in music, scooped numerous Grammys for his composition and arrangement work, and received countless commissions to work with prestigious ensembles such as the Los Angeles Philharmonic, Lincoln Jazz Orchestra, Akron Symphony Orchestra, Mancini Institute and the Dorian Wind Quartet. Given his diverse musical output and impressive resumé, it comes as no surprise that, since his appointment in 2016, Childs also serves today as President of the Board of Directors for Chamber Music America, an organisation set up to help fund small ensembles working in different areas of music.

Acceptance is the follow up to his first album for the Mack Avenue label, Rebirth (released in 2017), and itself plays through varying avenues of music. Featuring some of the same key players from the Rebirth session – saxophonist Steve Wilson, bassist Hans Glawischnig and the great Eric Harland on drums – the material pulls from such subjects as relationships, change, life experience and death (Acceptance), the poetry of Langston Hughes (Quiet Girl) and the forbidding topic of human trafficking (Do You Know My Name?).

As one of the album’s central tracks, the latter is a strong, emotive piece originally composed by Childs for the Michigan State Jazz Orchestra. From tireless research, statistics, readings and testimonies from victims that. he collected, Childs wrote first a poem, and it’s those words which are recited with conviction here in song by the delectable Alacia Olatuja, aloft dramatic keys, alto sax and some dynamic accompaniment from the rhythm section.

The album opens with Dori, a high-swinging samba highlighting the salient influence the Brazilian singer-songwriter Dori Caymmi had on Childs’ piano style. With the main theme breezily blown in by Elena Pinderhughes on flute (often in unison with multiple vocals), the vibe brings to mind Farrell-era Return To Forever as her lines whistle around the high register towards some spirited soloing from herself, Childs and Harland.

Leimert Park is similarly cutting and groove-heavy and has the group swapping their Latin credentials for fly funk chops. The tune was inspired by a park and central hub for black culture in Los Angeles at which Childs was a regular fixture of in the 1990s and also pays homage, stylistically, to another fusion supergroup of the 1970s, the Headhunters. In fact, listening to the main riff and infectious groove,  it comes as no surprise that it was co-written with two of the band’s former members, bassist Paul Jackson and drummer Mike Clark. Childs’ playing here too is typically Herbie, his phaser-effected opening ostinato riff rolling into a Rhodes sound for a lengthy solo and some unison hits with Steve Wilson’s sax over Harland’s hard, displaced beats.

While tracks like this, Dori, and the straightahead reading of Rodgers and Hart’s It Never Entered My Mind are immediate and obvious in their style, there are other tunes in the set that spring surprises. Twilight Is Upon Us is nestled in the classical piano tradition at first, broadening beautifully into a kind of a soundscape for swing and gospel voice, while closer Oceana throws itself to group improvisation and a stunning jam best described by Childs as “aquatic”, as it moves from Wilson’s opening whale call on soprano to the band knee-deep in swing, stretching out around Childs displaying all the main traits Simcock was highlighting.

Thomas Fletcher - 05 May 2020
One of the most impressive groove-based jazz musicians on the German scene today, Matti Klein has performed at some of the most prestigious jazz venues across the globe -...