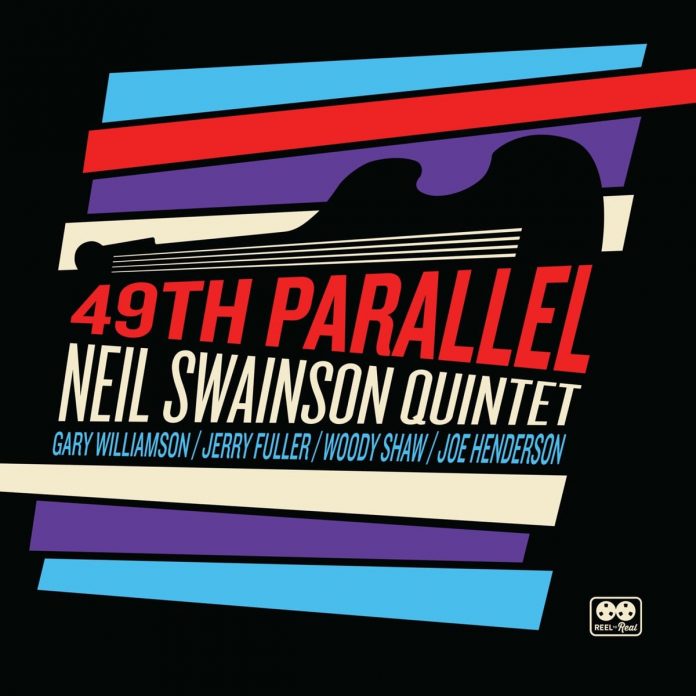 Concord made America great again. The company, founded in 1973, not only recorded myriad jazz icons but also triggered the revaluation of tenor saxophonist Plas Johnson and the improbable resurrection of Rosemary Clooney. Perhaps paradoxically, it was Concord’s sheer excellence that deprived certain of its productions of a potential audience, notably bassist Neil Swainson’s 49th Parallel, a sleeper from 1987 that features trumpeter Woody Shaw and tenor saxophonist Joe Henderson. This time around resurrection has been Cellarlive’s objective. Saxophonist Cory Weeds’s label has reissued 49th Parallel in excellent CD and vinyl packages.

Undoubtedly, the idea of rebirth was on Swainson’s mind as well. The Canadian bassist, esteemed accompanist of George Shearing, Nancy Wilson and Lee Konitz, had penned a batch of tunes in the hard- and post-bop style of the mid-60s – notably represented on Blue Note – compositions brimming with melodic panache and varied rhythm including the Afro-Cuban beat. Swainson was familiar with Shaw, with whom he had earlier played on Shaw’s Solid. With Henderson aboard, Swainson’s regular Toronto trio supported a frontline that rates as one of the most sparkling pairs of young lions from the 60s, documented on classic records as Larry Young’s Unity and Horace Silver’s Cape Verdean Blues.

By 1987, Shaw was on his last legs and partially blind with retinitis pigmentosa. He finally passed away as the result of a clash with a subway train in 1989. Joe Henderson mostly recorded for independent labels until his Verve recordings of the early 90s, a belated resurgence in a corporate jazz realm that generally favoured “new stars” to the detriment of the unsung giants of jazz. Age discrimination has been employed since time immemorial.

Extracurricular circumstances aside, both Shaw and Henderson are on top of their game. Woody Shaw, non-pareil trumpet innovator of his generation, weaves lucid and velvet lines in a wonderfully complex and accessible web. 49th Parallel, a modal vamp with a calypso bridge, is an especially transcendent experience. Would Shaw have shared our unforgettable sensation of zero gravity?

Don’t Hurt Yourself, which explores the middle ground between Body And Soul and In A Sentimental Mood, is right up Joe Henderson’s alley. Henderson accidentally missed the first of two sessions, which consequently made 49th Parallel both a quartet and quintet album. Surprisingly, this is to our advantage, as we’re presented with both beautiful ensemble playing and extended postbop poetry by each of these two distinct individuals.

The whole band relishes the fast tempo of Henderson’s bop-inflected Homestretch. It sounds like a well-oiled machine throughout the session, underscored by Swainson’s big-bottomed sound. Swainson furthermore allows himself a number of concise and strong solos. So all in all, 49th Parallel is a very enjoyable second coming.

Roger Farbey - 22 September 2020
This is the fifth album by the collective trio Thumbscrew to have been released on the Cuneiform label. It is dedicated to the innovative avant-garde musician Anthony Braxton who...