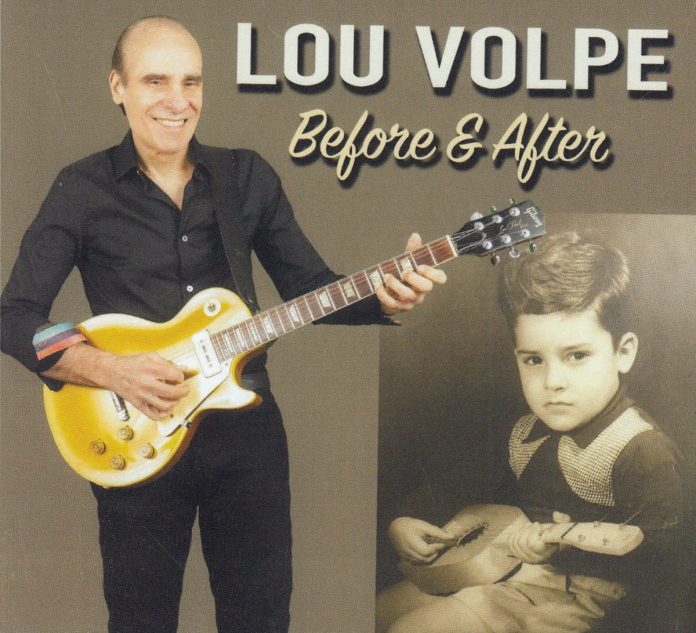 New York guitarist Lou Volpe’s sound is covered with the picked-up burrs of a life in the music business. A previous recording, Remembering Ol’ Blue Eyes, paid respects to you-know-who. On this latest album, he arranges and performs 11 of his own compositions, diverting only to explore a couple of standards. In terms of a career, he resembles musicians such as fellow-guitarist Larry Carlton, who in the 1970s and 1980s helped enhance the efforts of Linda Ronstadt, Joni Mitchell, Roberta Flack, the Partridge Family and many others.

There are so many studio musicians of Volpe’s sort locked into jazz-soul accompaniment and having to adapt commercially. It’s worth explaining why his style on Before & After is not total reversion to an unadorned jazz manner. There are too many adornments, too much fussy over-dubbing (Three Rivers), too much concern for production values (the faux-reggae Stella By Starlight), and an over-reliance on light rock drumming and its wearisome emphasis on the weak beats of common time (Coming My Way) or even just the lazy third strong beat (A To Z).

The drummer and three percussionists threaten to make Volpe’s piping guitar sound like Dire Straits. One’s reminded of what Kenny Clarke must have thought on imagining how a full kit could detonate inside a jazz ensemble, creating more than Volpe’s hitmen do here. Travel Light has shades of Wes Montgomery but the start of Precious Jewel sounds like a classy intro to a song lacking a singer, with Volpe nevertheless able to summon all his studio experience to make something of it.

The most satisfying episodes are the clever solo guitar mélange of Summertime and the shifting tempi of, again, A To Z. Volpe, not unsurprisingly, has a lyric gift, albeit clothed on this album in over-elaborate organisation. It might have been interesting to hear him play jazz without all the trappings.

Elliot Marlow-Stevens - 20 August 2020
Guitarist Kenny Wessel’s career has been extensive: he has worked with such luminaries as Ornette Coleman, David Liebman and Donald Fagen, as well as teaching guitar all over the...