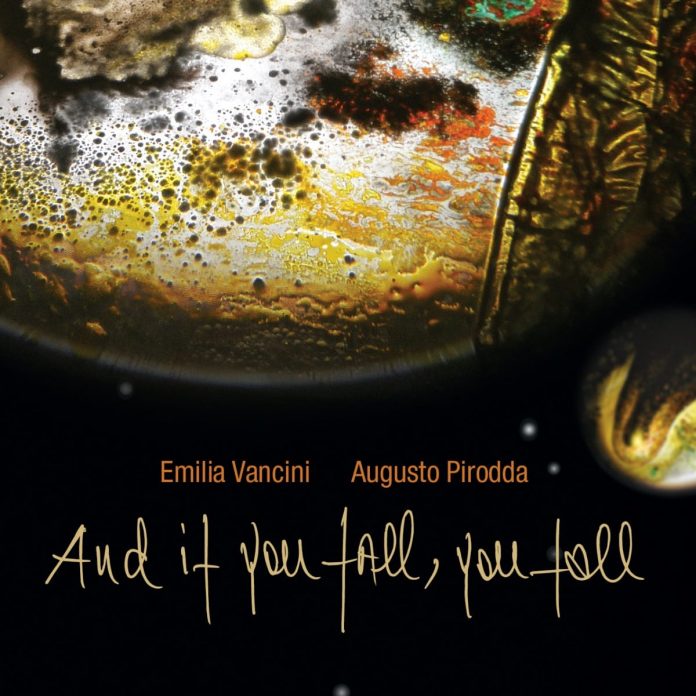 Emilia Vancini and Augusto Pirodda are both accomplished performers and excellent interpreters of The Great American Songbook. I googled Vancini and was led to YouTube where I was able to play the title track of a previous album, In A Sentimental Mood – again accompanied by Augusto Pirodda – and found it more than fit to stand beside similar piano and voice albums by performers such as June Christy & Stan Kenton, Doris Day & Andre Previn, Ella Fitzgerald & Ellis Larkins.

Here though the duo have taken 10 well-known and well-loved numbers and given them their own special treatment. Frank Loesser’s lyric on If I Were A Bell is rewritten because, according to Emilia, the original was something she couldn’t bring herself to sing.

The duo come across as two performers who, understandably, given the oversupply of jazz vocal albums, feel they have gone as far as they can with conventional readings and laudably are intent on pushing back the boundaries to bring striking new life to established material.

The title of the album is a direct quote from Johnny Burke’s lyric But Beautiful, which he wrote with Jimmy Van Heusen for Road To Rio, although the song isn’t heard on the album despite being arguably the best ballad.

Emilia Vancini Augusto Pirodda: And If You Fall, You Fall is available on Spotify, Amazon and Apple Music

Marieann Meringolo in ‘The Songs of Alan & Marilyn Bergman’ at the Pheasantry, Chelsea

Elaine Delmar, one of the finest

Icelandic guitarist Mikael Máni Ásmundsson (b.1995) proudly occupies a space between musical genres. As a soloist his warm tones and jinking melodic lines are...

Kenneth Smith has a brilliant new approach to understanding chromatic music. To grasp it, an academic background in music but also in philosophy will...

Featured attraction of a concert at Seymour Hall in November was the band led by musician, philosopher and poet Sun Ra. An article on...

"These come across as two performers who, understandably, given the oversupply of jazz vocal albums, feel they have gone as far as they can with conventional readings and laudably are intent on pushing back the boundaries to bring striking new life to established material"Leon NockEmilia Vancini Augusto Pirodda: And If You Fall, You Fall
Advertisement