Womxn to be elevated 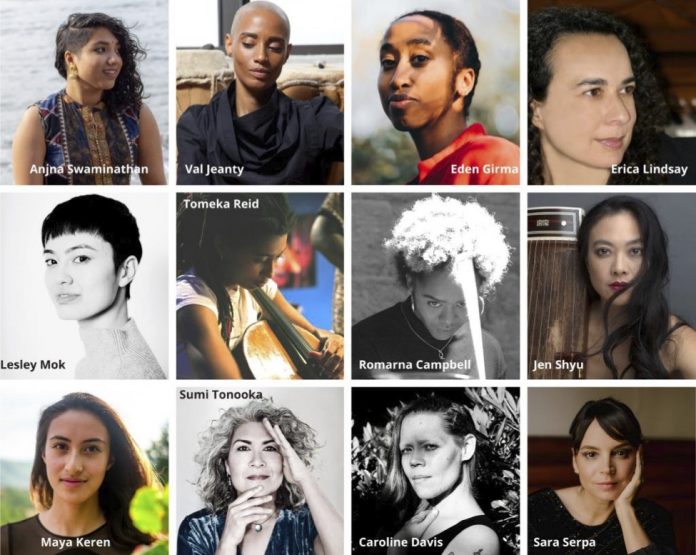 Singer Sara Serpa, according to JJ’s Andy Hamilton “a thoughtful and sensitive vocal artist”, has teamed with another musician, Jen Shyu, to form M³, a project that aims to empower and elevate womxn (sic) musicians around the world (including BIPOC and LGBTQIA2S+ across generations).

M³, originating in New York, stands for “Mutual Mentorship for Musicians”. The idea is that four times a year (on the solstice and equinox) 10–12 womxn will be randomly paired into 5–6 new duos to discuss issues and write new compositions. Each of the four “seasons” will end with a world premiere of the new works and a Q&A with audiences.

The project was launched on Facebook (facebook.com/NationalJazzMuseum) 21 July as part of the Jazz and Social Justice series run by the National Jazz Museum in Harlem. More information is at MutualMentorshipForMusicians.org.

According to the Portland Art Museum, LGBTQIA2S+ stands for “Lesbian, Gay, Bisexual, Transgender, Queer and/or Questioning, Intersex, Asexual, Two-Spirit, and the countless affirmative ways in which people choose to self-identify”. BIPOC is generally taken to mean Black, Indigenous and People of Colour. Neither term, however, appears to carry any musical connotation.

Lock down that groove

Jazz Is Dead is a series of albums by composer, arranger and music producer Adrian Younge and DJ/rapper Ali Shaheed Muhammad. The aim was...

Marshian Time Slip (reviewed in JJ by Derek Ansell) is much inspired by Warne Marsh. What fascinates about Marsh? Marsh, along with Lennie Tristano and...

An interesting second album from an out­standing British group. I think that the best tracks for the whole band are This Is What Happens...