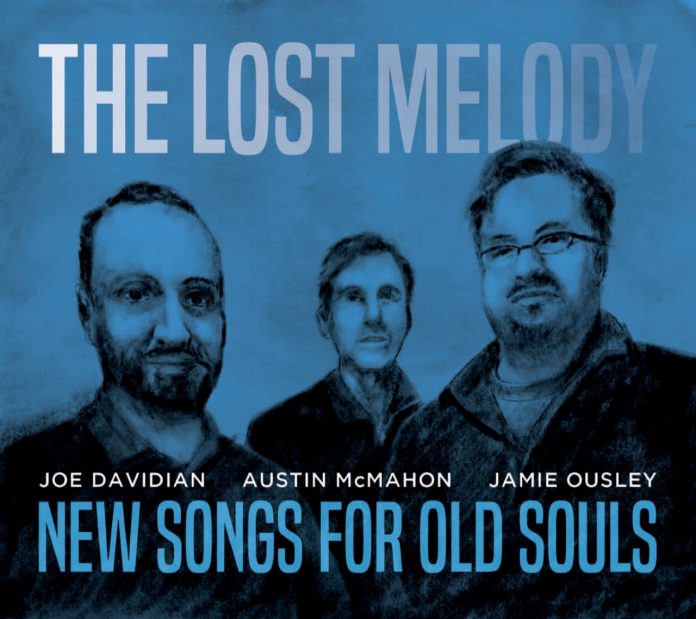 Prior to the lockdown I spent on average one night a week watching and listening to live music in venues like Pizza Express, Crazy Coqs and the Pheasantry and about 90 per cent of what went down was more or less interchangeable with the contents of this album.

By that I mean these three musicians – Joe Davidian, piano, Jamie Ousley, bass, and Austin MacMahon, drums – are no better and no worse than, say, Chris Ingham, John Pearce, George Double, Bobby Worth, Arnie Somogyi and Paul Morgan. To put it yet another way, they are professional, highly polished and entertaining.

According to Mouthpiece Music, the band’s PR outfit, the three musicians have played together for several years, releasing three albums as the Joe Davidian Trio and a further album under the name of Jamie Ousley before deciding to form a collective with a new name, The Lost Melody, in which all three are of equal stature.

Whilst you will look in vain for another Stardust, All The Things You Are or Night And Day, you will find melodies with chord sequences that lend themselves to inventive improvisation resulting in an album in the best traditions of jazz.

Discography
Leaving Montserrat; Sol; Won’t You Sing This Song For Me?; A Minor Waltz; Ready Or Not; When First We Met; Before I Forget (Live); A Sea Of Voices; If I Didn’t Need You; Sometime, Somehow (52.25)
Joe Davidian (p); Jamie Ousley (b); Austin MacMahon (d). PBS Studios, Westwood, MA, date unknown.
Tie Records Tie 2000

Sara Dowling at The Pheasantry

Produced for release in 2019, the 100th anniversary of the birth of Nat Cole, this comprehensive 10-LP set will appeal to many jazz enthusiasts....

Although Ethel Ennis had a long career it was not as glittering as her rich talent deserved. Indeed, after early prominence she drifted out...

Herbie Hancock's excellent series of Blue Note albums continues with The Prisoner, where he has chosen to write for a nine- or eleven-piece group....