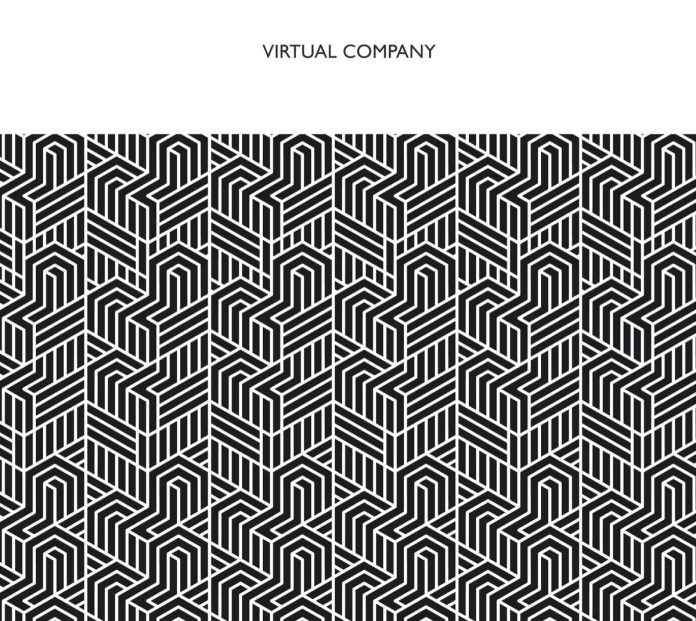 Here’s a conundrum of such an order that even the idea of a title seems anomalous. The two repeated words refer to a notion as much as anything else, because as Simon H. Fell summarises in his note the single piece is the product of interaction between himself and Mark Wastell, both still with us, and the recorded presences of Derek Bailey and Will Gaines, hence the notion of Virtual Company as a means for evoking the Bailey-organised Company weeks which were once a fixture on the improv scene.

While Fell’s reservations about such an approach to free music are an admirable example of due diligence, the end result is still an immersive experience of an order which is all too rare in this era of playing for the sake of playing.

Gaines’s comments are almost of a running order, but it takes little imagination to encompass them within the overall context of the music, which more often than not moves by stealth, with each player leading in no sense other than that of being the most prominent voice, as though the other three were listening and responding accordingly.

Even in passages of intense activity the volume is never raised, which implies this is freedom of an order which has no need of proclaiming. Moods, in so far as they have any place at all in music so rife with slippery notions, are never established for long enough to register too deeply. Nothing as hackneyed as a lick rises to the surface to act as a spur to memory, but the consequent intrigue is enough to ensure many a return visit to the end result.

As Robin Phillips explains in his sleeve notes, he has re-versed these famous standards to include lost verses and sectional verses (introductions before the...

One of the most enjoyable and inspiring gigs I've caught in some while came courtesy of the award-winning Shrikanth Sriram, better known as Shri....

The subtitle of this book is "A social history of the gramophone in Britain". That may suggest a rather dry treatise but I’m glad...