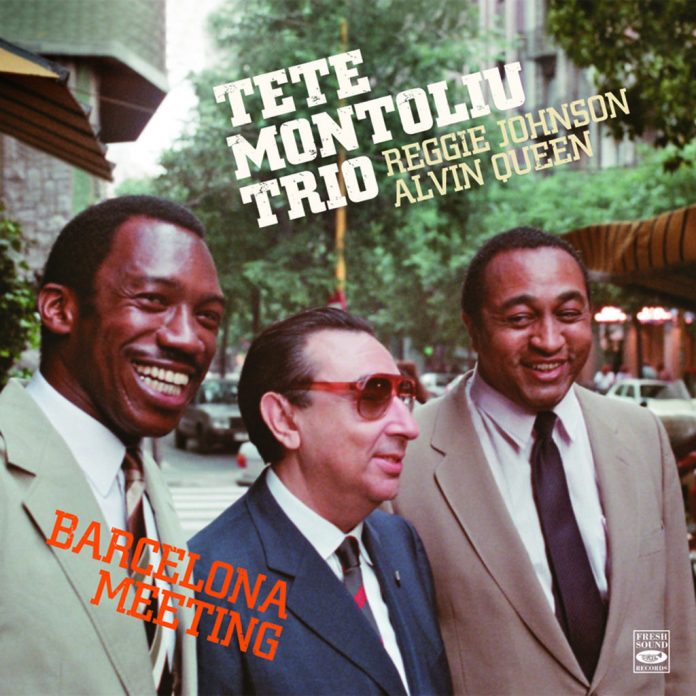 The original source recording for this CD has remained in the FSR archives for over 30 years. It’s the first time that this complete trio session has come to light, and I’m glad that it finally has, as it’s a great piano trio album.

The very lively opener All The Things You Are is an exciting prospect in Tete’s driving hands, with the trio swinging hard, even at this high tempo. Then bassist Reggie Johnson takes the melody and first solo on Have You Met Miss Jones?, again at a lively tempo, this time within a Latin groove (which I’d like to have heard more of during this album), and Tete responds with very idiomatic comping and soloing.

Solar gets a ballad-like solo piano introduction, before the trio again sail off on a swinging high tempo. Tete had an extremely fluent right-hand line that engaged properly with the chord changes, partly in bebop fashion, but at the same time sounding relatively modern, even to 2020 ears, e.g. with patterns in fourths, and plenty of interaction between the hands, with a left hand that isn’t too subservient to the right.

Old Folks initially brings us to a ballad tempo, and then the trio move into an uptempo All Blues (within the same track number), where there’s a concise and very effective drum solo from Alvin Queen, before the head returns with a brief change of time signature to 4/4.

After a short, rhythmically punctuated solo piano introduction, What’s New? settles into a medium tempo, and unusually for many jazz pianists, Tete sometimes walks a bass line in the left-hand, underneath Johnson’s bass solo. I Love You arguably shows Tete at his hardest swinging, where the influence of Wynton Kelly can again be heard, sounding more bluesy at medium and slower tempos.

Tete’s execution of a seemingly endless stream of ideas during a solo was clean and precise, showing great technique. All in all, I’m left wondering why he hasn’t received more attention, as he was an excellent player, offering no less than many of the conventionally accepted greats of jazz piano. Maybe he was considered less of an innovator and more adept at fusing elements that had already been in use by other players, but isn’t that what all or most jazz players do?

Click here for information on how to buy Tete Montoliu Trio: Barcelona Meeting

Bruce Crowther - 16 April 2019
At the beginning of the 1960s, Barbara Lynn was active mainly in Texas and Louisiana. Only 19 years old when the first sessions took place, Lynn’s vocal sound, while...