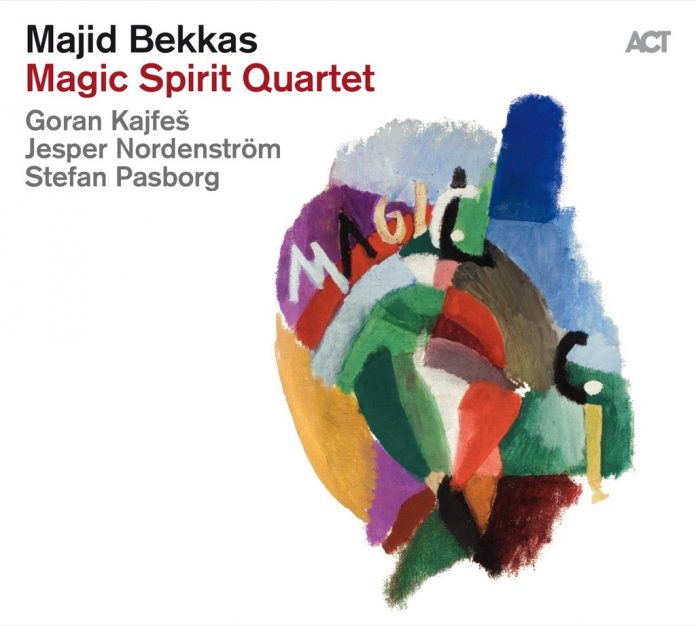 Scandinavia meets North Africa in this truly stunning album. The origins of Gnawa music have never been fully explained, but it is claimed that slaves from Mali, Niger or Ghana were trafficked to Morocco, where their culture was preserved in night-long rituals called Iila, ceremonies during which diseases were healed. That could explain the almost tribal, ritual, mystic and trance-like qualities that ooze from this music.

Bekkas is one of the most exciting stars of Gnawa, and it’s easy to understand why on this album. His vocals are powerful, haunting and build to a ferocious intensity that is hypnotic when the songs reach their climax. The opening track, Aicha, starts with a wash of trumpet from Kajfes, driven on with hypnotic guitar and slowly develops into something with tremendous power over the 12 minutes of its lifespan. There is something religious about this, with call and response vocals erupting into a dervish-like finish that is breathtaking.

Further tracks display similar virtuosity and drama. Funk, dance and psychedelia all inform the structure and mood of the songs, some based on traditional Gnawa music, with two additional tracks composed by Bekkas that fit seamlessly with the rest of the album.

Almost an hour of this just doesn’t feel like enough, as it is easy to get swept along by the energy and drive of the performances. If Tomasz Stanko and The Doors had got together in the studio, some of the results would have sounded like this. “You’ve never heard anything like this” is an over-used phrase in music reviews. But trust me, with Magic Spirit Quartet, you haven’t. Mesmerising and unmissable.

Barry Witherden - 02 October 2020
Eriksen’s trio has been going since 2007 with the same personnel and has maintained a distinctive personality through the intervening years. This is their first basic trio album since...