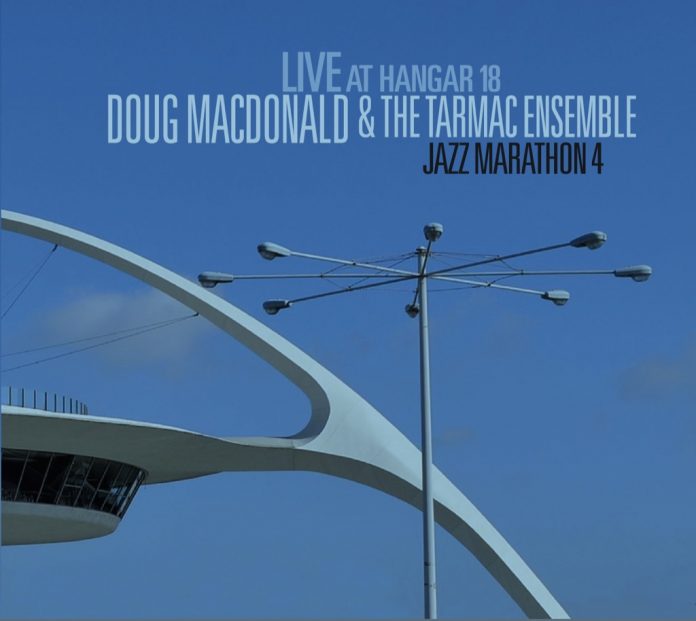 This is the fourth in a series featuring a number of musicians from southern California brought together by guitarist MacDonald and the brainchild of local enthusiast Don Thomson, who had engineered similar sessions in Hawaii. Apart from the solo-guitar rendition of I Thought About You, the band is a quintet or septet.

On the face of it this might be regarded as a straight-ahead jam session but carries an air of organisation often lacking in such affairs. Apart from a couple of MacDonald originals, the tunes will be familiar to the majority of jazz followers and meet varying fates at the hands of these musicians. For instance, how many people would applaud taking My Foolish Heart at a much faster lick than is normal?

The assembled throng come with varied pedigree, McCurdy having been Cannonball Adderley’s drummer for many years and Woodard being ex-Ray Charles Orchestra, not to mention being no stranger to the Peterborough Jazz Club in the UK during the 90s.

The music, recorded over four sets, differs in intensity from piece to piece, the solos occasionally lifting the mood, with Richmond and Woodard being the main men responsible. A mention should also be made of pianist Joe Bagg who does a great job on an instrument needing a visit from the piano tuner.

There is nothing here to get excited about but the project has an admirable honesty about it.

Hugh Rainey - 14 November 2019
Born in 1911, Marietta Williams (Maxine's real name) came from a musically active family. From the age of six her singing attracted attention around her native Pittsburgh. In the...