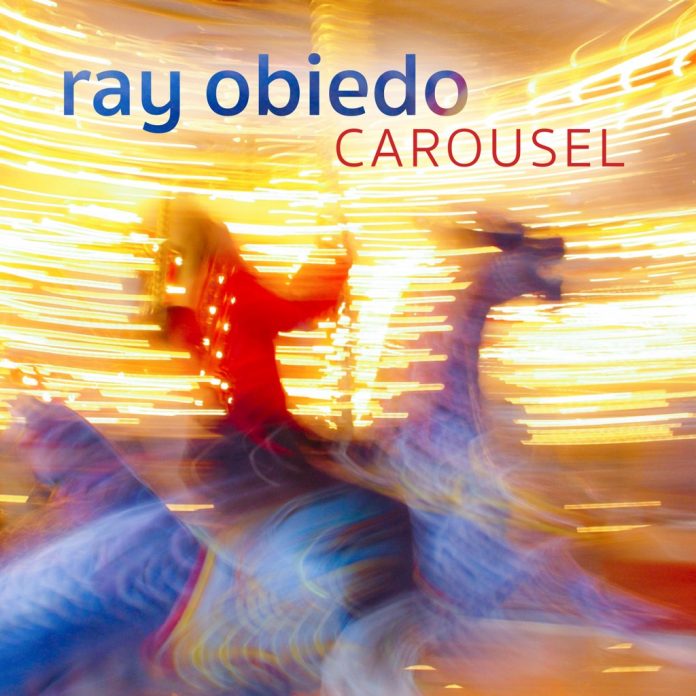 Having been a working musician since the 1970s, guitarist Ray Obiedo has brought together many of his colleagues, the industry’s top musicians, for his latest album, Carousel. Amongst the 32-member ensemble there are some well-known names, including Tower Of Power’s David Garibaldi, percussionist Mike Spiro, and pianist David K. Mathews.

The album mixes jazz with a strong Latin influence, particularly through the extended percussion section. The layering of brass and woodwind creates a full, energetic horn section that takes centre stage for many of the tracks. Obiedo himself takes a relatively restrained part in the ensemble, with his guitar not always the main feature of the compositions. Nonetheless, he stands out at several points, particularly on the third track, Villa Capri, where he plays a Metheny-style melody line in unison with vocals and then flute.

While not difficult to listen to, it is the musicianship that remains the focus of much of the album. Personal highlights are saxophonist Bob Mintzer’s solo on the fusion-esque Modern World, Marc van Wageningen’s fretless bass on Song For Jules, and drummer Garibaldi’s well-placed 5/8 fill during Sharp Aztec’s 4/4 beat, just in case anyone had dared try to dance. The only non-original is a cover of Henry Mancini’s Lujon, which was written in the 1960s, and is perhaps most famous from the Coen Brother’s 1998 film The Big Lebowski.

Some of the electric keyboard sounds are quite dated, and there is a clear nostalgia for the Latin-jazz of the 1980s. However, there is still a lot to enjoy on Carousel, which is the product of hundreds of years of combined musical experience and a great enthusiasm for all kinds of music, especially jazz. The recording date is not given but it must have been a while ago, as Toots Thielemans died in 2016.