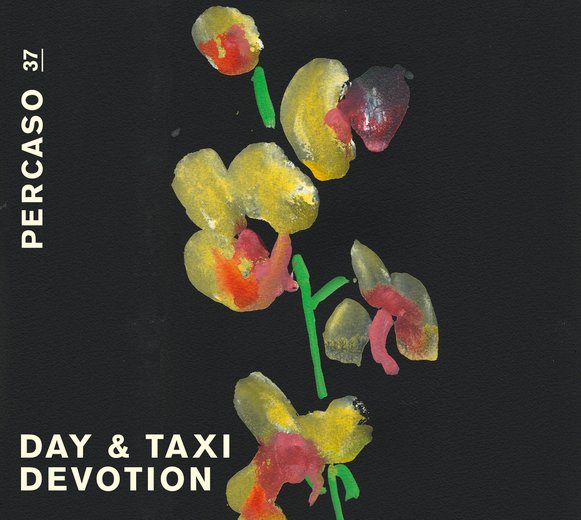 I’ve been negative to the point of harsh about another of Christoph Gallio’s recent projects (Road Works’ Glassware) so this was approached not so much with trepidation – I’ve listened to Day & Taxi since the early 90s – but fearing that one of the most consistent and truthful of European groups might have gone off on some sort of tangent. Turns out, thankfully, that the band’s pedigree is still intact.

In sharpest contrast to the maundering inarticulacy of Glassware, the new D&T record, successor to the excellent Way, is another set of taut, well-structured sketches and miniatures, almost all of them dedicated to and possibly inspired by a different individual, three of them settings of verse by the Austrian poet Friederike Mayröcker, who’s 95 this year. They’ve explored her work before.

The sound of the group is nicely detailed and precise. The use of sequencer is subtle and to the point and Gerry Hemingway’s drumming is as intriguing as ever, mid-way between his Braxton-era jazz percussion and something altogether more formal and composed. Gallio’s lines are unpredictable in a guess-the-next-note way, but he has the ability always to land not on the note you expected, but one adjacent to it and even more logical in the circumstances, so there’s a sense that the tune progresses logically but with no generic limitations.

Unlike groups who simply fall into a manner, Day & Taxi show the benefits of longevity, which is odd and impressive, since the personnel has evolved steadily, with Gallio the only constant member. The big differences have been noted in the drum department, with Marco Käppeli and David Meier among the previous incumbents; the recruitment of Hemingway seems to have opened up a whole new direction for the group, which is great to hear.

Gallio, incidentally, is one of the few contemporary players to tote a C-melody saxophone, though it isn’t clear whether he uses it on this occasion.

Jazz Journal - 24 May 2021
These tracks were recorded just a year ago at that haven of jazz in San Francis­co, the Blackhawk. They feature the cur­rent Monk quartet plus trumpeter Joe Gordon and...