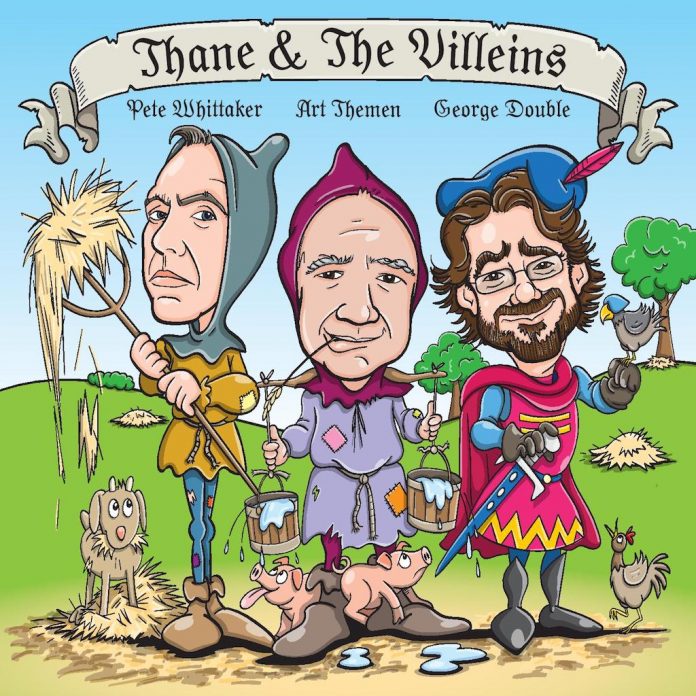 In Hadleigh, Suffolk, native son and drummer George Double is something of a grande fromage. He engaged with saxman Art Themen and organist Pete Whittaker in a three-way email correspondence conducted in cod Middle English that culminated in the three of them congregating at the University of Nottingham in August, 2019 (attired no doubt in jerkins of Lincoln Green in a nod to Nottingham’s favourite son) and lay down the 10 tracks that comprise this, their initial album.

The 10 titles run a gamut from slow ballad to sizzling swinger. Six were composed by top jazz players – Dexter Gordon, Herbie Hancock, Cannonball Adderley, Nat Adderley, and Sonny Rollins (two titles) one by Ann Ronnell, one by Johnny Mercer and two by people (Djalma Ferreira, Charles Lloyd) unknown to me.

With only three players to divvy up the dots all three were able to claim a place in the sun and if perhaps inevitably the sax grabbed the lion’s share of solos, the pickings left for the other two were, if not perhaps rich, then certainly affluent.

This is an album that may not blaze any trails on the highway of jazz but neither will it disappoint any middle-of-the-road jazz buffs and if it’s  difficult to single out a standout track it’s probably fair to say that approximately 85% of those who hear it would buy any follow-up album and/or make the effort to catch them live.