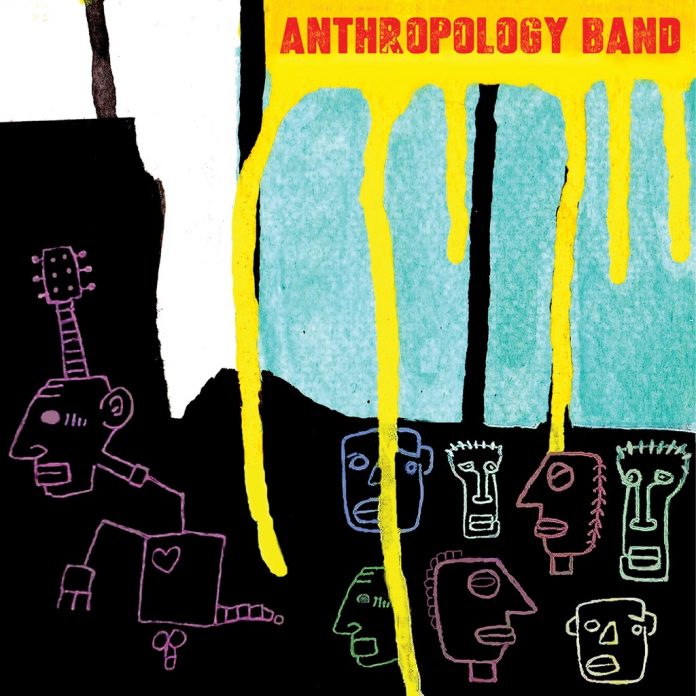 Martin Archer is one of the heroes of British music. He’ll be best known to some as a member of Hornweb, but having more or less renounced live playing for studio work and shepherding the eclectic Discus imprint, he has gone on a long and fascinating journey, exploring electronic music, “classical” compositions, making records with Julie Tippetts and other collaborators, and is now back in a realm that approximately fits the parameters of post-bop jazz. In terms of his instrumental and stylistic range, influence and dedication, he has some claim to be dubbed Britain’s Anthony Braxton, but less cerebral and “cool”.

What we have here is basically two separate performances of a single notated piece by Archer, orchestrated for the second version in collaboration with Charlotte Keeffe. Unexpectedly, or not, Archer takes Miles Davis’s electric period as his starting point, which makes sense for the septet, but posing the ensemble players the intriguing question of what Bitches Brew would have sounded like if arranged by Gil Evans, rather than jigsawed by Teo Macero.

For a time on the second CD, the ensemble seems to be doing little more than adding shadow lines to the saxophone and trumpet, but gradually the band comes together, not just expanding on the small group concept (“with orchestra”) but creating something new out of the same basic material. Wishful thinking might lead you to hear snatches of Miles music in the mix: I got a couple of earworm tags of Bitches Brew itself, but these are incidental. Archer has form with (kraut)rock, classical, ambient and just about everything in between and this represents one of his boldest and most interesting syntheses.

Chris Sharkey and Peter Fairclough are key elements in the mix and the sense of constant return is hypnotic. The sections are mostly short and to the point, so there’s no question of inaccessibility and a pervasive (he’ll hate me using the word) pastoral strain keeps the urban thump in check.

John Adcock - 12 April 2020
Here's a mellow, thoughtful collection of songs, influenced by folk, jazz and popular ballads, along with the occasional mix of soundscapes from nature and church bells. It's the latest...