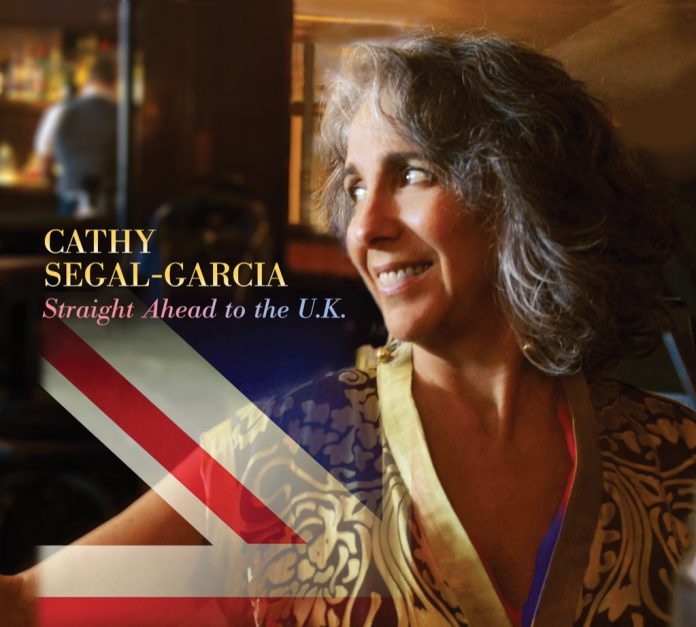 Cathy Segal-Garcia comes from a musical family and as a young child she played the flute and guitar. She attended Berklee School of Music from 1972 to 1975 studying arranging, composition and the flute and then went on to become very active on the Los Angeles jazz scene both as a performer and teacher.

This is Segal-Garcia’s 13th album and it was recorded in the UK in 2011 with a group led by Andy Mackintosh. He was a fluent soloist both on soprano and alto but he died in 2013 so the album was never released. In 2019 John Leftwich was asked to add some top-notch Los Angeles studio musicians to the project.

Ms Segal-Garcia demonstrates here just why she has acquired a reputation as a “musician’s singer”. She performs a heady mix of songbook standards and jazz originals opening with Dave Frishberg’s wickedly cynical Wheelers And Dealers which has found favour with several other very fine singers over the years including Irene Kral, Jackie Cain, Blossom Dearie and Meredith d’Ambrosio. Dave wrote it back in the 60s but the lyric is right on the money in the Trump and Brexit world we all now inhabit.

Hippityville is an absolute delight. Cathy has added words to John Abercrombie’s tricky original and Norma Winstone joins her in a duet that has echoes of one of the great Stephen Sondheim’s more light-hearted offerings.

Tender ballads like I Get Along Without You, Dreamsville and Last Night When We Were Young are all perfect vehicles for the dark timbre of her rich contralto voice and she is suitably down-home on Cannonball Adderley’s Sermonette which has some Dixieland polyphony from Simon Gardner on trumpet and Andy Macintosh on soprano along the way.

Click here to buy Cathy Segal-Garcia: Straight Ahead To The U.K.

Brian Payne - 06 June 2021
The place to go for jazz in 80s/ 90s Copenhagen was the Vognporten club because here on Monday nights, the Steen Vig Swingsters took to the stage. Their energetic...