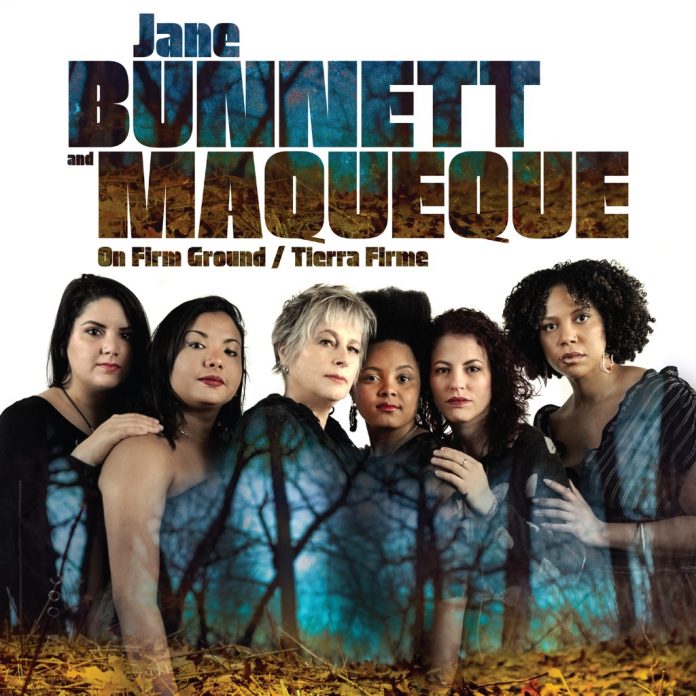 I met Jane Bunnett some 25 years ago and haven’t walked on tierra firme. Fortunately/regrettably, husband Larry Cramer, an exceptional trumpet player and the producer here, was present throughout to see fair play maintained. Bunnett’s devotion to Cuban music is now lifelong. Despite an early association with Don Pullen in a freeish/roots mode, most of her work has had some connection with the islands.

Maqueque started out around 2012 as a mentoring programme for young female Cuban musicians, who were perhaps otherwise fated to a more subsidiary or decorative role; until recently, Castroite machismo dominated Cuban politics and culture. That’s fading now, and Bunnett’s group is a widely recognised festival favourite.

Bunnett herself is often listed as a soprano specialist, but unlike, say, Jane Ira Bloom, she tends to treat it as a more muscly flute, on which she’s also a superb exponent. Here, though, she plays very much in and for the group rather than as a featured soloists. The songs are delightful, especially the title track and the life-affirming Monkey See, Monkey Do. There are new members and guests, hailing from as far afield as Zimbabwe and Toledo, but the core of the group is pianist Dánae Olano, along with drummer Yissy Garcia and new bassist Tailin Marrero.

There are no formal composer credits on the album, which will confuse anyone reads a reference in the notes to Cramer’s inclusion of a three-minute conga version of Coltrane’s Moment’s Notice, but it’s best to hear this music as a genuine collaborative effort by a strong sisterhood.

Peter Gamble - 21 March 2019
With a combined age of over 220 years, there isn’t too much that Cyrille, Frisell and Smith do not understand when it comes to the art of improvised music...