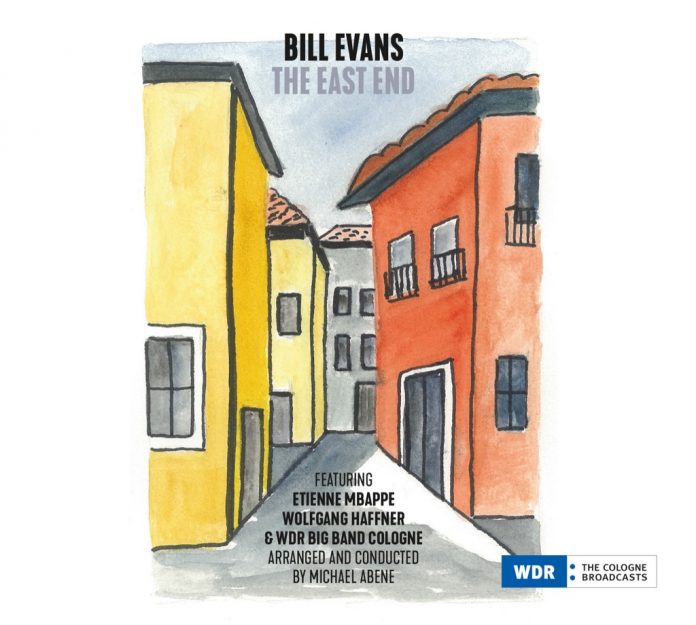 Saxophonist Bill Evans is probably best known for his time with giant names such as Miles Davis, Herbie Hancock and the Mahavishnu Orchestra. However, he also has an established solo career, having released dozens of albums as leader with a variety of other well-known jazz musicians.

On The East End, Evans is joined by bassist Etienne Mbappe and drummer Wolfgang Haffner, as well as the Grammy-winning WDR Big Band Cologne, with whom Evans recorded the award-winning Vans Joint in 2009.

Seeing as Evans’ most notable credits come from ensembles that were largely jazz fusion and funk oriented, his inclusion of a big band is an interesting and intriguing choice. The result is quite remarkable, as 80s-style electric guitar, bass and organ coexist with a 14-piece horn section. I expect this is in part thanks to conductor and arranger Michael Abene, as the band are able gel together extremely well, and rather than an unusual discord, a vast, powerful harmony is achieved.

For example, Road To Bilbao begins with a tight, funk-style bass and drum duo, before the horn section joins with bright, loud stabs. In contrast, the next track, Older Days, opens with a more typical big band arrangement of flutes and clarinets, which are then supported quietly by shimmering electric guitar. The focus switches from Evans and his smaller group, to the big band, and back again, providing great dynamic variation, particularly on Little Hands Little Feet and the title track The East End.

This album is a very fresh and exciting listen, with Evans in great form, and the combination of modern jazz group and big band gives the listener a lot to enjoy.

Hugh Rainey - 12 November 2020
Bechet was already resident and immensely popular in France when he returned to New York to record these studio sessions for Blue Note in the early 50s. The dominating...