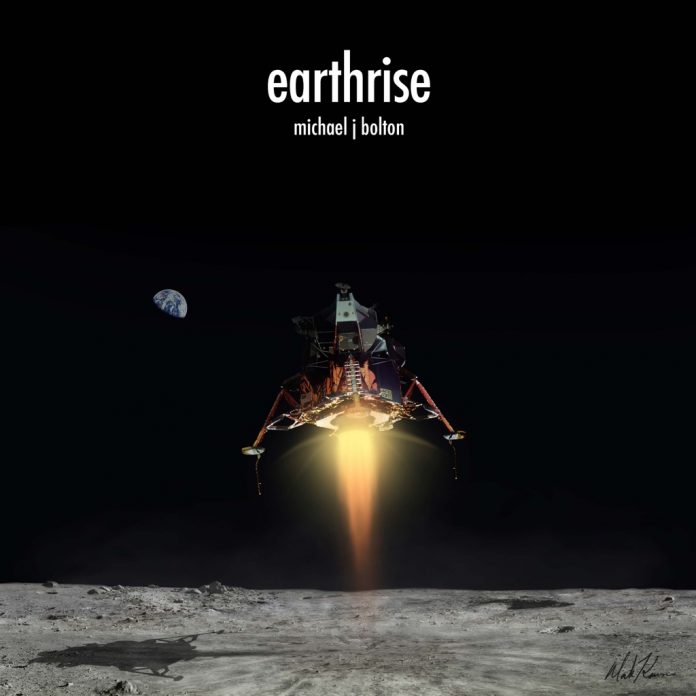 This album focuses on NASA’s Apollo 11 project, which flew to the moon and back in the late 1960s; it celebrates the 50th anniversary, which was 20 July 2019. Bolton was fascinated by this event when he was a child and wanted to create something special through his music. This cinematic experience includes styles such as funk, contemporary jazz, progressive rock and many more.

The opening track, The Launch, is a fitting way to introduce an album which will shortly take off with gusto. Its heavy drum rolls plus melodic lines on the synthesizer create a tense prelude of what is to come. As the album progresses, Trans Lunar Injection features Marc Russo on soprano saxophone giving an “out of space” display. Arrow Of Time, a particular favourite of mine, encapsulates engaging harmonic progressions as well as a tasteful trumpet solo from Yates.

The album’s midway point brings in the rather unexpected track Deep Space, which only lasts for 0.49. This might seem unnecessary but it still adds to the ongoing space theme. The title track, Earthrise, features some sleek melodic phrases performed in unison on trumpet and lead guitar in a triplet feel. The Eagle, perhaps my favourite name, showcases another heavy arrangement lasting nearly 10 minutes and includes a noteworthy contribution by Rollings on vocals.

The Return has a sombre and reflective opening before breaking into a funk beat with driving synth lines, all marking the successful return of the astronauts from their space adventure.

Earthrise portrays an extra-terrestrial journey through space with complex textures and a compelling combination of instruments. The arrangements should also be praised – horn parts are neat, crisp and match the concept of the music perfectly. A triumphant project depicting the fretless bass and synthesisers in the right context, this album would suit any progressive rock fan too.

Gordon Jack - 08 January 2020
Conte Candoli, one of the very finest trumpeters of his generation, will always be associated with his stellar big band performances with Stan Kenton and Terry Gibbs among others....