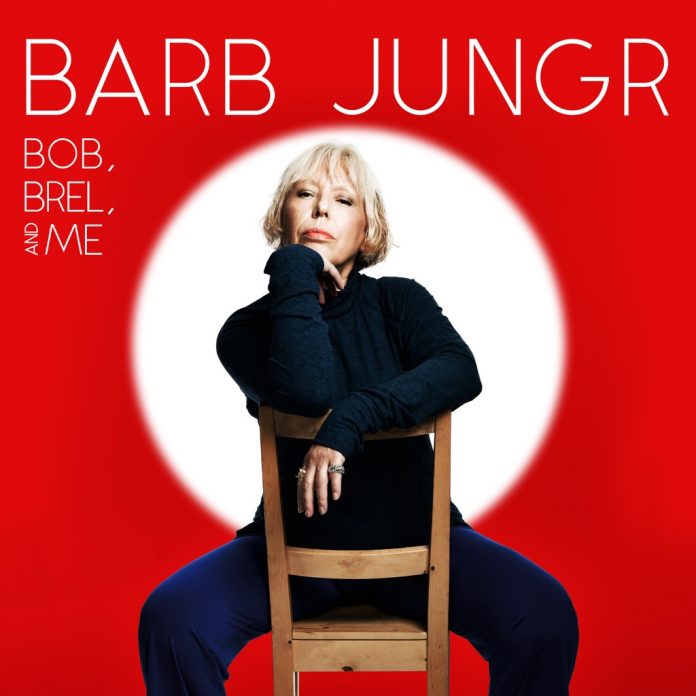 Barb Jungr is a singer who has a large following and who has enjoyed widespread critical acclaim, although it has been said that her recordings often lack the immediacy and intimacy of her live performances, and in parts, that could be levelled at this album.

She is well known for her interpretations of the songs of Jacques Brel and Bob Dylan, amongst others, and those included here show how she moulds the compositions into her own style. Some work, others less so. Some are very different – Dylan’s folk song One Too Many Mornings becomes a fairly basic raunchy rocker; Brel’s Jacky has a touch of tango. Mr. Tambourine Man meanders rather, though Lockheart’s saxophone follows the vocal closely and effectively shadows.

Perhaps the comparison to things familiar is unfair, albeit inevitable if you rate Dylan’s album Blood On The Tracks, and the danger for a performer is to try too hard to be deliberately different, but the renditions here of Buckets Of Rain and This Wheel’s On Fire overcome this and stand out amongst those covered.

What are impressive throughout are the arrangements – both in terms of the composition and in the use of the horns. Pete Horsfall’s trumpet on The Tender Hearts and No One Could Ever Wear Your Shoes is beautifully evocative – the latter thoroughly in keeping with the song – whilst his growling, abrasive contribution on Sometimes gives it real force. The arrangement and delivery, with Gabriella Swallow’s cello, of To See A Friend Break Down And Cry is simply sublime.

What also impress are Jungr’s co-compositions, a case in point being Secret Spaces and its effective changes of dynamics, in vocals and in Safir’s finely constructed (but unfortunately brief) piano solo.

The album warrants a number of listens – it grows on you – and although sometimes Jungr’s voice can sound fragile, almost strained when holding a note, this doesn’t detract from the context and it’s good to hear a vocalist willing to take chances. The heavenly choir on the final number is something of an acquired taste though.

Andy Hamilton - 03 November 2020
It's been a while since I've reviewed recent jazz as straightahead as Night Talk – and very enjoyable it is too. A splendid album, in fact, with something of...