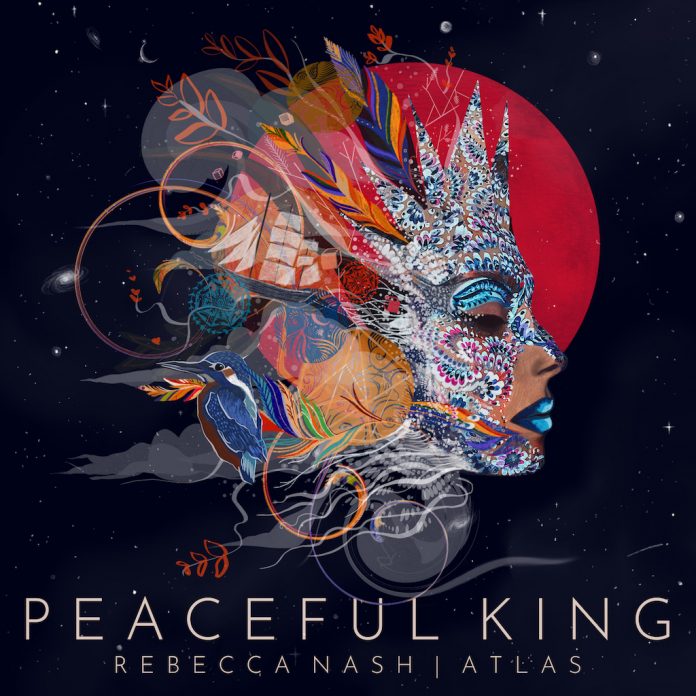 The cross-pollination of jazz and instrumental post-Dance music is not of itself new, but sufficient uncharted territory remains for any artist looking to carve out a niche. Nash, who you may have previously heard with Dee Byrne’s Entropi, the Paradox Ensemble and singer-songwriter Sara Colman, grew up in Bristol, epicentre of trip-hop (Portishead, Massive Attack) and jungle (Roni Size, Reprazent). The sounds of the scene have clearly left their mark, though with the Atlas Nash’s complex musical vocabulary strikes a pleasing balance between new electronica, elements of 70s soul-jazz, fusion, rock and more contemporary jazz idioms.

If the absence of a woodwind instrument suggests a rather thin tonal palette, smart layering of electronics opens up a seemingly endless array of musical possibilities. Peaceful King develops slowly from a dreamy keyboard figure, Nash’s co-lieutenant Nick Malcolm weaving his way through a muscular groove before the pianist opens the piece out with a powerful Rhodes solo. Tumbleweed is equal parts Metheny Group and early Cinematic Orchestra, but this time it is Malcolm who is the principal soloist.

Colman makes the first of three striking cameos on the sassy Hot Wired, and Nash’s thoughtfully constructed acoustic solo curiously sub-divides the piece. After a haze of electronics the singer is more Joni-like on Grace, and the ever impressive Malcolm chips in with another telling contribution. Dreamer is by way of contrast slow and soulful, a sound-world that fans of Slowly Rolling Camera will surely recognise and enjoy.

The disc’s closing segment restores the focus to Nash’s instrumental voice. Lokma has an airy guitar-led theme that fleetingly recalls Wayne Horvitz’s American Bandstand quartet, but as Nash’s solo gains momentum the piece quickly takes an altogether different turn. Little Light features an intro with the kind of introverted piano/trumpet duet that Kenny Wheeler and John Taylor once made their own, while the closing Inishbofin is a rocking electro-Celtic reel, and by some distance the grittiest music of the set.

The launch concert for Rebecca Nash Atlas: Peaceful King is at the Sebright Arms in London on 20 November, presented by Women in Jazz. Click here for tickets.