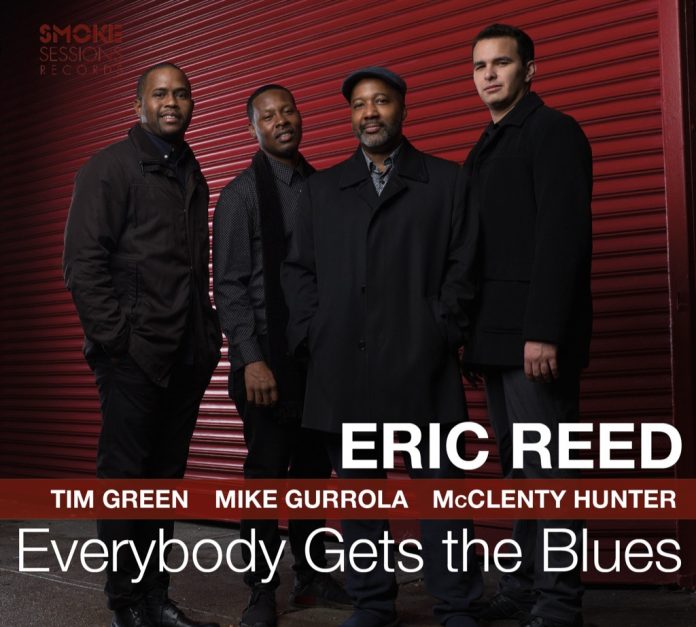 I first remember seeing pianist Eric Reed in the summer of 1993 when he blazed the stage at the Royal Albert Hall playing with the Wynton Marsalis Septet, the big draw at the BBC Proms in London that year. Blessed with beautiful touch, feel and far-reaching dynamics, the then-24 year-old brought a wave of excitement and emotion to the bandstand, his extraordinary talent ultimately spotlit during a lone introduction he played to announce The Holy Ghost, a ruthless swinger with some of the punchiest lines to fuse blues, trad and gospel.

The son of a Baptist preacher, Reed had been a member of a successful group, Black Note, and had recorded a handful of records by the time the Marsalis gig came along. His departure from Wynton’s band in the late 1990s signalled the start of a long and celebrated solo career that has since kept him on the road when not recording one of the 20+ studio albums to his credit as leader.

Since his first solo outing in 1990, Soldier’s Hymn, Reed’s records have displayed both his dedication to his art and diversity as an artist. But whether he’s releasing an album honouring Art Blakey, paying homage to Monk over three, swinging up songs by Simon & Garfunkel or Sting, or serving up stunning solo piano sets such as Mercy And Grace or Reflections Of A Grateful Heart, his approach to the music has never strayed far from gospel and the church he was musically raised in.

Split between standards and rich originals, Everybody Gets The Blues is no exception. The record eases in with the slow bluesy title track and plays like a smokey prelude to this warm swinging set. It’s a piece that also perfectly stresses Reed’s swing and subtlety as a soloist, as his soft, chord-based figures softly dance or drip into the gaps of a groove you could almost recline into.

Borrowing the bass refrain from the Jazz Messengers’ Sweet ’n’ Sour, Cedar Waltzing is a Reed original penned for pianist and early mentor, Cedar Walton. The tune also adds Tim Green’s soulful, Coltranean tenor to the mix which naturally gives the group a lift, most notably through the solo section before the melody flips bravely to that of Stevie Wonder’s Don’t You Worry ’Bout a Thing and a loose new Latin feel to fade out on.

As well as the dedication to Walton, it’s interesting to learn that the inclusion of Coltrane’s Naima in this set (beautifully rolled out by Reed on Rhodes), and also the band’s brush through (the Jazz Messengers’ ’62 take of) Freddie Hubbard’s Up Jumped Spring are notable numbers for the fact Walton played piano on the original sessions for both tunes. Reed has also featured an inspired arrangement of one of Walton’s compositions, Martha’s Prize, laid out as a funky gospel, switching lanes to straight swing midway in. Some natty groove playing from Hunter here bring real punch to the track while creative kit fills from the drummer compliment heavy riffing and solos from Reed and Green.

The record cools off with Yesterday/Yesterdays and a ballad that bridges pop to popular standard. We hear Reed unaccompanied at first, lightly tinkling around the Beatles’ tune before an abrupt drift into sustained, spacious chords and some light accompaniment eventually reveals itself as Jerome Kern’s swinging theme from the 30s. Elsewhere, Dear Bud is similarly slight and schmaltzy, a tribute to Bud Powell flukily formed by Reed whilst finding personal solace at the piano. It’s a piece that brings us Reed at his most reflective and romantic, his solo and soft phrasing lighting the mood as he pushes the slow swish of brushes and bass into a bouncy double-time feel.

While Reed’s liner notes reveal that recording this album, and working with the musicians on it, enabled him to “reach a plateau in a lifelong pursuit of revitalizing the church roots intrinsic to jazz”, it’s interesting that he’s achieved his ambition with a disc as diverse as this. Not only does the listener get the blues, they get funk, Latin, bop, a nod to pop and the ever-present, deep-rooted clangour of gospel music. What’s also audible is the band’s slick approach and sensitivity to these styles, some rousing improv and, for this writer, a performance from Reed up there with the Proms.

Everybody Gets The Blues is available for purchase and streaming here. Find out more about this project and other titles from Smoke Sessions Records at smokesessionsrecords.com.

Bruce Crowther - 04 February 2020
Based in Atlanta, Georgia, Ellen Edwards has sung professionally for two decades. She has also been a student of Suzy Bogguss, a factor that is perhaps reflected in the...