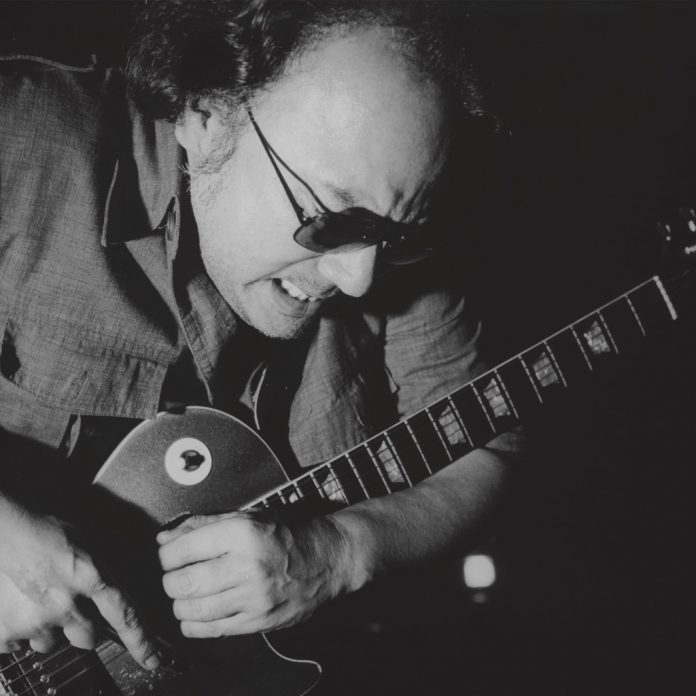 Guitarist Masayuki Takayanagi’s 1975 recording was once, according to the liner notes, scheduled for release on ESP-Disk, the now legendary free jazz label that was graced by musicians like Albert Ayler and Sun Ra. Unfortunately, this never came to pass, and instead the album was shelved and then released in Japan shortly before Takayanagi’s death in 1991.

It’s impossible to know how April Is The Cruellest Month would have been received had it made it to the US, although it is safe to say that the album certainly resonates with the same raw and free musicianship that was finding popularity amongst jazz enthusiasts of the time.

Comprising three free-form tracks, Takayanagi’s album ranges from the more calculated, angular and industrial opening on Have We Existed to the full 20-minute assault on the ears that is My Friend, Blood Shaking My Heart. The use of the electric guitar brings a harsh, distorted element to the acoustic ensemble, particularly through his use of more rock-esque approaches to the instrument such as string scraping and oscillating feedback.

For fans of the avant-garde, there is a lot to enjoy. Hiroshi Yamazaki provides excellent, dynamic percussion and the brass, woodwinds and bass blend together well. Takayanagi clearly had a vision for his music, and the result is a thought-provoking album. However, this is at the outer edges of jazz, so this suits more the serious avant-garde enthusiast, rather than the casual jazz listener. If you’re looking for something to listen to while commuting to work or mowing the lawn, this might be a bit of a push.

Ronald Atkins - 09 May 2019
An addition to the distinguished line of tenors sharing the limelight, this could be classed as an Anglo-Italian job, with the proviso that the Italian-born Luca Santaniello is based...