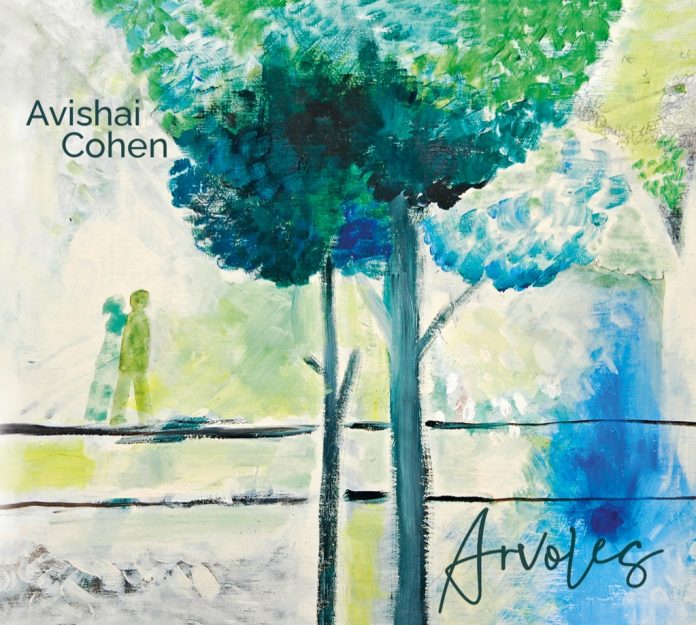 After the unexpected commercial popularity of 1970, bassist Avishai Cohen returns with a very different sounding release consisting of nine new pieces and a traditional title track, its name meaning “trees” in the ancient Ladino language.

All of them were written “to say more with less”, and none were meant to be compiled on the same record, although they do all flow together with remarkable ease. The opening Simonero is convoluted but fluid, the title track a simple folk song enhanced by the leader’s resonant solo and pianist Shirinov’s heartfelt contribution. Face Me benefits from its stop-start rhythm and from the leader’s sawing, arco solo before Shirinov swings into action. Elchinov operates in much the same way, as does Gesture #1.

Throughout, elements of bebop and swing, hip-hop and classical music swim into view, but none dominate.

Not every piece works so well, with both Gesture #2 and the hymn-like Childhood a tad too simplistic in concept. But all are showpieces for the leader’s nimble, melodic bass playing, alongside the involving Shirinov and the ever-supportive Noam David on drums; trombone and flute join them on four of the tracks.

In a way, this is a very polite album, never shouting too loud nor overstaying its welcome for too long. Easy to listen to, easy too to overlook, it nevertheless has considerable strengths of performance and composition, and much charm as a result. Well worth a listen or two.