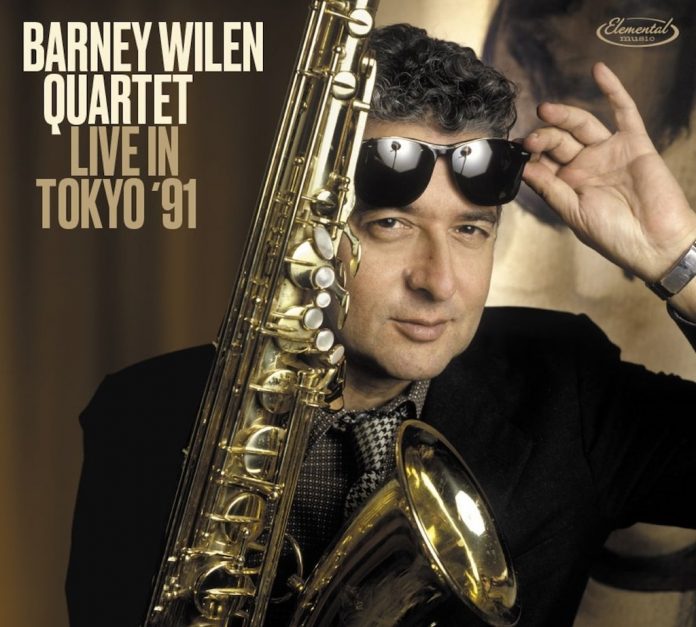 Regarded as among the top European saxophonists of his time, Barney Wilen enjoyed the chance from a very young age to develop in the company of American stars who passed through Paris, some of them remaining for lengthy periods. A strange career in many ways: he never stayed put stylistically and even dropped out of music for a while.

Having kicked off in the post-bop era, he then latched on to elements of free jazz. This Tokyo club date, which he recorded himself and has not been released before, finds him playing old tunes once again, the French songs including a couple associated with Charles Trenet.

Without being a copyist in any sense, his style in the round is perhaps closest to that of Sonny Rollins. In this context, he sometimes fails to string several choruses together with a satisfying coherence, making one wish for a touch or two of the master’s phrase-juggling. For that reason, a title highly recommended is Old Folks, taken at a leisurely tempo and with the number of choruses suitably restricted.

Less expected are the occasional reminders of Ben Webster, not the tone so much as the slithery phrasing found on, for example, How Deep Is The Ocean?, another track to check out.

The same goes for the few tracks where Wilen switches to soprano saxophone. Members of his accomplished backing trio get plenty of space, with pianist Olivier Hutman building neatly towards the kind of chordal climaxes Miles Davis encouraged during the 50s.

Fred Grand - 09 October 2020
Best known for his longstanding trio with Joe Fonda and George Schuller, guitarist Michael Musillami is an endlessly inventive and inspiring player. After relocating to the East Coast in...