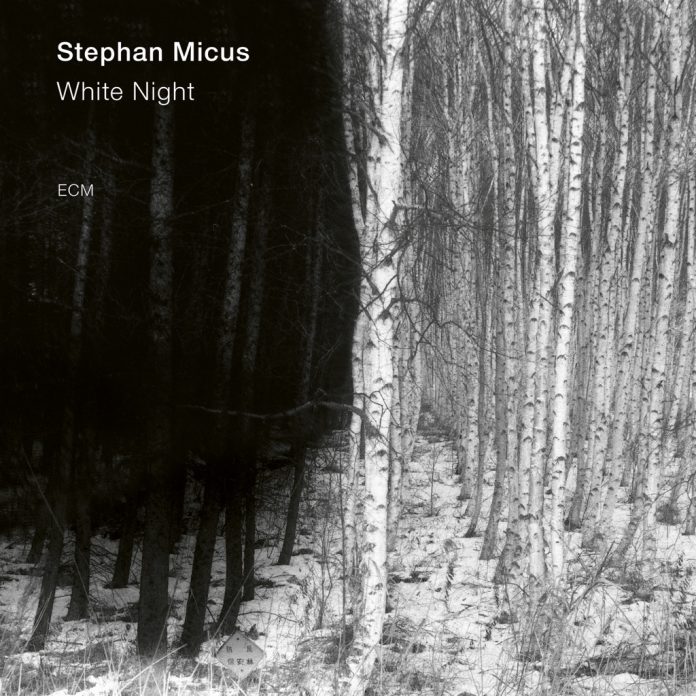 I recall listening to Stephen Micus on ECM many years ago, and dismissing his work as vapid New Age. Maybe I’ve mellowed, or maybe he’s got better, but I don’t feel so negative about White Night, which is – amazingly – his 23rd release for ECM. They’ve all been solo but multi-instrumental, and he’s certainly a multi-instrumentalist in the fullest sense.

Micus, born in 1953 in Germany, made his first trip to East Asia at the age of 16, and has since studied with local master musicians around the world, aiming to develop new musical possibilities in the production of a transcultural music. In addition to his exclusively acoustic instruments Micus also uses his voice, sometimes deploying multi-tracking techniques.

The 10 tracks here focus on the sub-Saharan kalimba or thumb piano, and the oboe-like Armenian duduk. There are two purely solo tracks, All The Way on kalimba, and The Moon on duduk; Fireflies has overdubs of Indian whistles, Micus’s voice and other instruments. The New Age slant is clear from Micus’s dedication of the album “to the moon which has always been a source of magic in many cultures”.

Micus plays instruments from Armenia, Tibet, India, Egypt, Ghana, Senegal, Tanzania, Botswana, Namibia and Ethiopia. The result is a pot-pourri of world music, and I don’t agree with the reviewer who cites him as a key reference in that scene. But White Night is a pleasant enough album.

Brian Payne - 11 May 2019
Ingrid Jensen has released a number of notable albums over the last 25 years and this one is a highly impressive addition. It’s dedicated to the unassuming but influential...