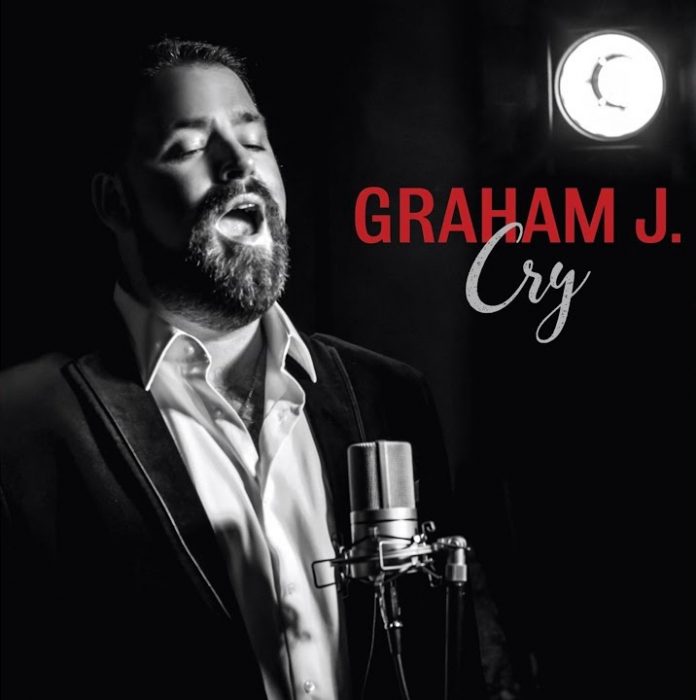 Every so often an album comes along that almost defies classification. It may be the playlist (when did you last pick up an album that featured Bei Mir Bist Du Schon as just what it says on the tin rather than a satirical and/or comedic inclusion?), the surreal juxtaposition of numbers – You Don’t Know What Love Is, The Folks Who Live On The Hill, Cry Me A River, You’d Be So Nice To Come Home To – or the performer. After scrabbling around for several minutes I found my initial response – that Graham J was the love-child of Mandy Patinkin and Johnny Mathis – difficult to improve on.

The album reached me encased in a sheet of PR copy which included the quotes “Cry is a joy to listen to” (from Sammy Stein) and (you have) “a gift from God” (Larry Flick). I didn’t allow the fact that both writers were unknown to me to prevent me listening to the album with an open mind.

I doubt that any of the tracks exceeds three minutes thirty. On seven of the 12 Graham is accompanied on piano/harpsichord by Pawel Grudzien who, according to the notes, is his regular accompanist; other tracks are pianoless and feature violins, celli, guitar and soprano sax.

Nine of the 12 numbers were well known to me and very probably to you too and for all I know you’re on first-name terms with the other three as well.

Like olives or tripe and cowheels Graham’s predominantly contralto voice is an acquired taste and the pedant in me was able to fault his phrasing here and there. But the charts do contrive a jazz inflection around half the time, so overall it weighs in at two and a half to three stars.

Discography
Cry Me A River; Never, Never, Never; Fly Me To The Moon; Bei Mir Bist Du Schon; Both Sides Now; You Don’t Know What Love Is; You’d Be So Nice To Come Home To; The Folks Who Live On The Hill; The Look Of Love; A Case Of Love; The Other Woman; Here’s To Life
Graham J. (v) with various accompaniments. No venue(s) or recording dates.
MREX 004

Michael Tucker - 10 December 2019
The wide-ranging Feliciati and Rabbia are two of the "happening" names of contemporary Italian jazz. The Pastorius-inspired bassist has played with everyone from Bob Mintzer, Andy Sheppard and Eivind...