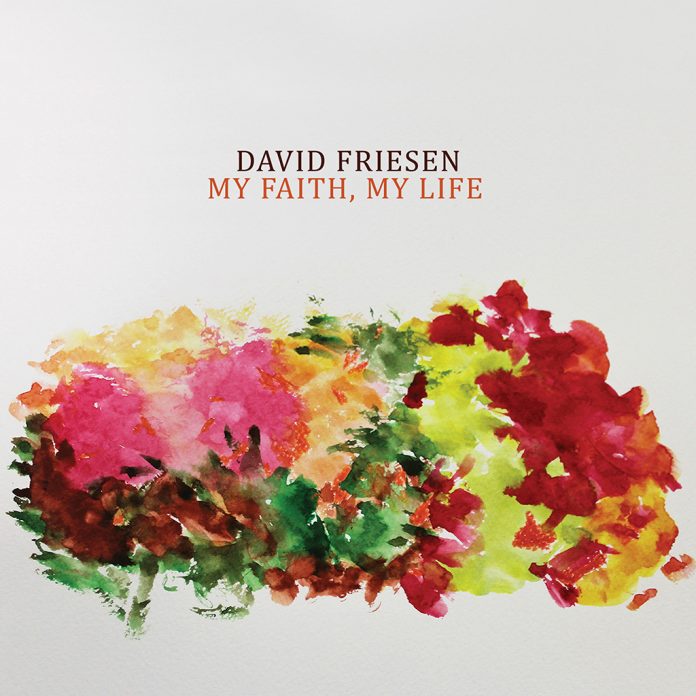 My admiration for David Friesen is in no way diminished by knowing that he is the brother of the impossibly sexy Dyan Cannon, star of Bob & Carol & Ted & Alice, The Anderson Tapes, and her own writing/directorial triumph The End Of Innocence. More to the point here, perhaps, is that brother and sister are both born-again Christians and My Faith, My Life has something of the musical autobiography about it.

That might put off some potential listeners, so it’s fair to point out right from the off than Friesen’s work isn’t just a parade of easily-won transcendence. He asks questions, and deep ones, rather than dispensing comfortable answers. There are moments on the opening Ancient Kings which are almost anguished in tone, perhaps reflecting an Old Testament sensibility that will gradually be replaced by a Christian eschatology.

All this is done on solo bass, with some irruptions of shakuhachi on CD one, and on grand piano on the second disc. Friesen has always made much of the provenance of his instruments, referring on earlier releases to Oregon bass. Here, he plays a Hemage bass, designed and made in the Austrian Tyrol by Hermann Erlacher. It’s a huge sound, resonant and rich and soaked in overtones. The piano was designed and made by Michael Spreeman, inspired by the pianist Bob Ravenscroft, whose own familial and spiritual journey connects back to 17th century writers of hymnals.

Several of the pieces included have appeared on earlier Friesen albums, where he has worked with the likes of Chick Corea, Joe Henderson, Steve Gadd and Oregon (the group) man Paul McCandless, but these versions seem to go to the deep personal heart of each composition, particularly those that, like Lament For The Lost/Procession, explore themes of grief and loss. I’m assuming that Martin’s Balcony is a reference to Dr King, which might colour how I hear it, or it could be the view from a friend’s apartment; funny how titles can steer – and sometimes mis-steer – our appreciation of a tune. Likewise, 1969 Rolls Royce on disc two, which seems to plumb a different set of associations.

There should be no doubt that Friesen’s basic language comes from jazz. His 2002 double album The Name Of A Woman explored some fascinating modern jazz compositions, including Sam Rivers’ Beatrice, Lee Morgan’s lovely bossa Ceora, Bud Powell’s Audrey and others. It’s a record I listen to surprisingly often, not because it’s lullingly beautiful but because it always seems to interrogate the listener with hitherto unnoticed harmonic quiddities. He is, perhaps, the greatest modern bassist you’ve never heard of. If I was recommending him, I’d probably say to start with the 2002 record, but My Faith, My Life is the real deal and so rich is the range of sound he gets from his custom bass there’s no reason to think that listening to it might be what the Scots call a hard chaw.