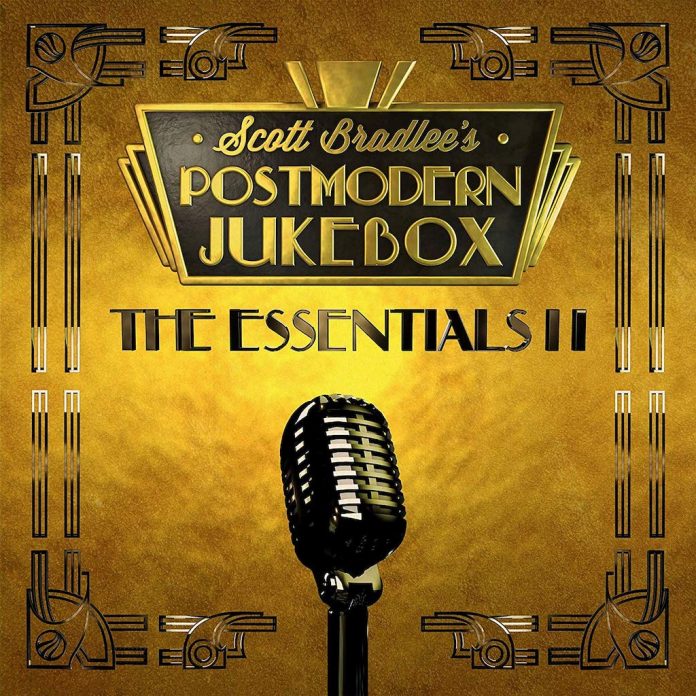 Scott Bradlee takes contemporary songs – rock, pop, hip-hop, R&B – and reworks them, giving them new arrangements and orchestrations. Nothing new about that – jazz musicians have been adopting and adapting pop songs for decades. Bradlee doesn’t just draw these songs into one single genre, however: this is not an album of 18 jazz covers. He can take a pop song and give it a Broadway show treatment, a soft rock tune and turn it into a classic blues number, a hard rocker and turn it into a piano-led ballad.

The formula isn’t new but it’s successful: over one million streams a month on Spotify, around one billion YouTube views in the past six or seven years. Essentials II is a “greatest hits” collection of that activity.

At its best, Bradlee’s approach gives a song a fascinating new lease of life, a re-presentation that makes the listener reevaluate the meaning of the song – Megan Trainor’s “All About That Bass” and Soundgarden’s “Black Hole Sun” are two fine examples. When the source material is weak, Bradlee struggles to give it new life, while for David Bowie’s “Heroes” (an all-time favourite of mine) he swaps the original’s passion for melodrama (and boy, does it miss Robert Fripp’s guitar).

I would love to give credit to some of the performers, but apart from those guest artists listed above (referred to as “stars” on the sleeve) no-one is named. Most of the guests are presumably vocalists, although saxophonist Dave Kos is named as appearing on “Perfect” (but its not clear if he’s playing or singing). Bradlee, who produced, is a pianist but that doesn’t mean he’s the pianist on these tracks. He draws on dozens of performers for live dates and recordings and it’s a pity he doesn’t name names here, as the performers are uniformly excellent throughout.