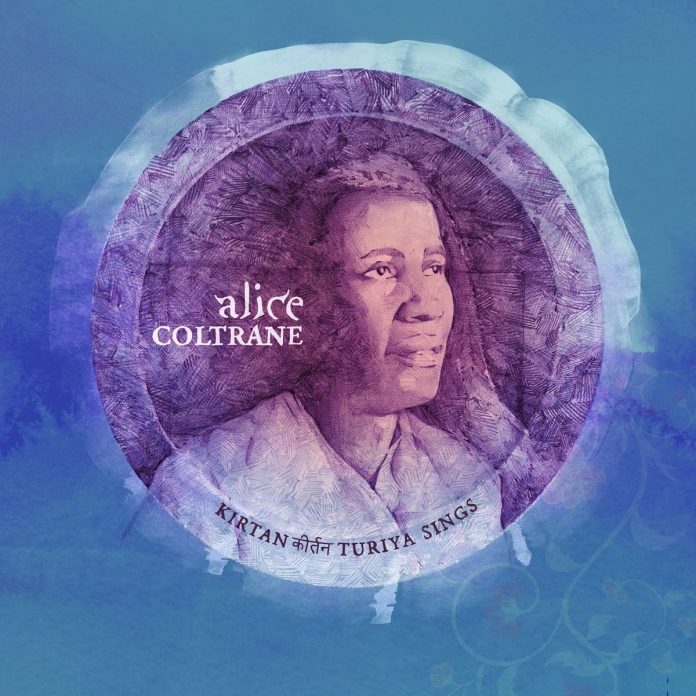 Recorded in 1981 at Alice Coltrane’s Vedantic Centre north-west of Los Angeles, where she was a spiritual teacher and guru, this album made its first appearance in 1982 as a cassette to be heard and used by students at the ashram.

Alice’s son Ravi first uncovered this music in 2004. His response was that when first hearing it “your ear will be turned towards the sound of the blues, to gospel, to the Black American church, often combined with the Carnatic singing style of southern India. . . . Yet at the same time, this is functional music. Its purpose is, with light and love, to praise the names of the Supreme. . . . your heart and spirit will be turned toward divine inspiration and appreciation”.

Yes, you can hear elements of Alice’s Detroit and Motown roots, the impact of bebop and her husband’s music, and her absorption of European classical music, but these are fleeting moments in a music of purely religious intent.

The nine devotional songs are all quite simple, just a quietly played Wurlitzer gently accompanying Alice’s restrained yet powerful voice, singing in Sanskrit. Added synthesizer, strings, and sound effects on a few tracks enhance their impact. What this music is not is jazz, for nothing is improvised. It is determinedly inspirational and spiritual, spacious and intense in its devotional task. Unlike the Luaka Bop release of her ecstatic music in 2017, it is not overly celebratory or joyous.

Its importance, and why this is such a necessary release, is that while her jazz records released on Impulse! define her career, they do not tell the whole story of the musical life of this most extraordinary and inspiring woman. This album fills that gap.

Ian Lomax - 13 March 2019
I know nothing about the band LSD and no press release accompanied the album. Record companies, and their publicity agents, do need to get a lot better at publicising...